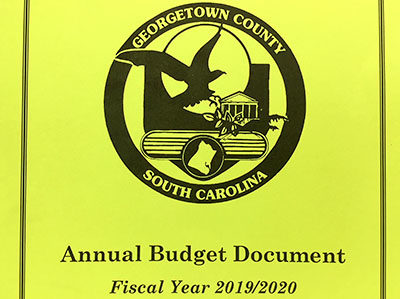 The county drew on reserves to balance the last two budgets.

A business license and a change in the way Georgetown County funds its capital improvement plan are key to a proposal to create a sustainable budget.

The county drew on reserves to plug budget deficits in the last two fiscal years. This year, it also used one-time federal disaster funds to balance the $90.5 million operating budget that was about $4 million short.

A license for companies located in or doing business in the county could bring in $1 million a year, Administrator Sel Hemingway told County Council at a budget workshop this week. “You’re going to collect at least that amount,” he said.

He also proposed that future capital improvements be funding through a voter-approved sales tax. That would free up $1.6 million in local accommodations and hospitality taxes that is currently earmarked for capital projects.

Voters approved a capital projects sales tax in 2014. It raised $40.9 million over the next four years. The tax expired April 30 and the county expects to have a $17 million surplus. Of that, $6 million was allocated to dredge the shipping channel through Winyah Bay that turned out to be more costly than initial estimates and failed to attract federal or state support.

Hemingway announced in May that he would retire at the end of the year. But he also promised council to come up with a sustainable budget model it could follow.

“The cost of delivering services has been increasing faster than our revenue,” he said. “We’ve been blessed that we’ve had reserves.”

Along with the new revenue sources, the county is conducting an “efficiency and effectiveness” study of its departments to identify places to cut spending.

He also proposed the county change its $40 marriage license fee to a tiered system of $50 for county residents, $75 for state residents and $95 for others. That would add $40,000 to revenue.

A review of building and development fees and permits is under way, Hemingway said.

The county needs to spend the $17 million capital sales tax reserve before it can call for another tax referendum in November 2020. The council will have to allocate those funds once projects from the 2014 vote are completed.