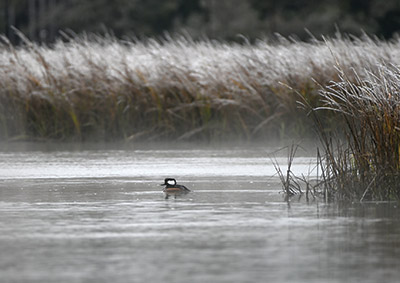 Permits for dredging the creek will focus on the impact on the marsh, scientists say.

There is no environmental benefit to dredging Pawleys Creek, according to coastal scientists.

That assessment has left Pawleys Island Town Council weighing the need for a $46,000 feasibility study for a dredging project.

Removing shoals from the creek is one of four goals that the council identified in a strategic planning session in 2020. Beach renourishment and flooding are two other capital components of the plan. Finding ways to pay for capital projects is the fourth goal.

“The overall health of the creek is what we want more than anything,” Mayor Brian Henry said.

He had hoped that the feasibility study by Coastal Science and Engineering, the firm that designed the beach renourishment project completed by the town in 2020, would show the council how dredging would help.

“I don’t think there’s a net environmental benefit to dredging the creek,” Steven Traynum, a coastal scientist with the firm, told the council last week.

If the town wants to dredge shoals, it will need to be able to explain to state and federal agencies how that work will impact the environment.

“It’s going to raise a lot of environmental questions,” Traynum said. “The first question that’s going to be asked is: How are we impacting the marsh.”

“That was all we could get permitted for,” Council Member Sarah Zimmerman recalled.

The cost of a future project is hard to determine without knowing its scope. Traynum said Coastal Science hoped the town could help define that. Henry said the town hoped the firm could define where dredging is needed.

Dredging is unlikely to increase the flow of water in the creek, Traynum said, unless work is done at Midway Inlet and Pawleys Inlet. “That’s a more significant project,” he said.

The marsh fills in from the center of the island, Traynum explained, because that’s where the tidal flow from the inlets reaches equilibrium  and sediment is deposited.

Although there is sand that washes over from the beach to the creek during major storms, Traynum said he didn’t believe that is the principal cause of the shoaling in the creek.

“It’s just part of the natural progression,” he said.

Permits for future dredging would likely be limited the way they were for the last project, Traynum said.

“Anytime you dig sand, it’s going to fill back in,” Traynum said.

The feasibility study would provide an assessment of the creek’s channels, sediments and habitats. That data would provide the foundation for designing the project and obtaining permits, which would be an additional cost.

The council took no action on the proposal, which was submitted to the town in October.

Green said he thought it was a lot to spend to find out how much it would cost the town to dredge the creek.

“We’ve got to figure out: do we need to and why?” Henry said. “Is it recreation or is it the health of the creek.”