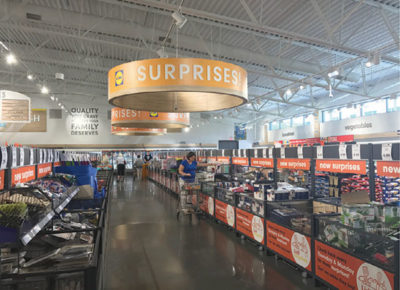 Pawleys Island will not get a sixth grocery store. Planning on a Lidl supermarket next to the Publix on Highway 17 halted over a year ago. The owner of the site is now asking Georgetown County to restore the original zoning of office and retail uses.

“Lidl walked out on us after being under contract,” Jody Tamsberg, an owner of the 4.8-acre site at the corner of Highway 17 and Petigru Drive, said. “They decided not to come to Pawleys Island.”

The German grocery chain planned a 36,000-square-foot store there. Georgetown County changed the zoning to allow the project in 2017. “We went a long way with them,” Boyd Johnson, the county planning director, said. “Then we didn’t hear from them anymore.”

The project came as Lidl opened its first stores in the U.S. It said at the time that it planned to open 100 stores in the next year.

“They backed out of deals all over the Southeast,” Tamsberg said.

The store was required to meet the county’s design standards for commercial buildings along the Highway 17 corridor. “The first draft wasn’t even close,” Johnson said. The county was expecting revisions to the design, but they never came.

“They had to give me a reason why they were backing out. I think they used that one,” Tamsberg said. “Before we went under contract, we made sure they were aware of it. They said it wasn’t a deal killer.”

He wants to return the property to the mix of office, retail and restaurant space the county approved in 2015. The Planning Commission will hold a hearing on the request this month.

That plan includes a fast-food restaurant, and Tamsberg said people ask him regularly to get a Chick-fil-A. “We’ve chased them,” he said. “They say they have a pin in Pawleys Island, but it’s a few years out.”

He has talked with Chick-fil-A corporate staff as well as third party real estate agents. “If anybody has a better contact,” Tamsberg said he would be willing to try it.

“They would be my No. 1 prospect,” he said. “I talked to corporate people who said they don’t think Pawleys is ready.”