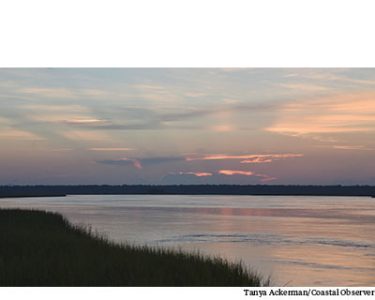 The Baruch Foundation says there will be no change in access to North Inlet.

The Belle W. Baruch Foundation had reached agreement with the state to go before a judge to decide ownership of 8,000 acres of marsh around Hobcaw Barony. Instead, a judge will decide whether the DeBordieu Colony Community Association should be allowed to intervene in the matter.

“We don’t want to be bogged down in a case that deals with all the money spent on DeBordieu, how many canals they dredged, how many people go fishing on a weekend,” Trenholm Walker, attorney for the foundation said at a hearing last week. “We don’t want a jury trial because the case we brought is essentially one that’s determined by the records.”

The foundation brought suit in Circuit Court last year to establish ownership of the tidelands, mostly around North Inlet, which it traces to colonial era grants from the English kings. They amount to about half of the 16,000 acres at Hobcaw that are used by universities for scientific research.

The state also claims title to the land below the high water mark. The attorney general and solicitor general have challenged Baruch’s claim and asked the court to declare that the public has a prescriptive easement over the tidelands.

The DeBordieu association wants to join the state in defending the suit and claims that its members have a financial interest in maintaining access to North Inlet.

“Our residents are the people who have been accessing these marshlands and tidelands for decades, so we have the experience and knowledge that we’ll be able to bring to the case,” Brian Duffy, attorney for the association, told Judge Paul Burch at the hearing.

The association has asked for a jury trial.

Walker argued the association doesn’t have grounds to intervene. It is adequately represented by the state’s attorneys and has suffered no actual harm, he said.

“The foundation is not in any way trying to preclude boaters from using North Inlet, which has been something that’s been publicized in a very alarmist and, we would say, irresponsible way,” Walker said.

The foundation was surprised by the state’s opposition to its claim because they had discussed the issue before the suit was filed. The state, “for reasons that we can all speculate, asserted a claim for prescriptive easement, which is quite unusual,” Walker said.

Thomas Tisdale, who filed the suit for the foundation, said the only issue is ownership. He told the court he and Emory Smith, deputy solicitor general, agreed to move forward.

“We would be highly prejudiced by not being able to get this matter decided,” Tisdale said. “We could be in the mode of trial that Mr. Smith and I had agreed to. We could be before a judge trying this case 10 days from now.”

That was news to Duffy. The agreement “shows exactly why we need to be allowed to intervene in this action, your honor. Clearly the state is not looking out for the interest of the DeBordieu Colony Community Association.”

Duffy said the foundation could settle the issue by granting the public an easement over the tidelands. “They’re not interested in doing that for some reason. I wonder what that is?” he said.

Walker said that wasn’t an issue.

“They’re just saying ‘we want to run a boat up and down the little streams,’ and that’s a constitutional right. There’s no way we can stop it.”

Burch gave both sides 15 days to prepare proposed orders. “I’ve got to look at all the briefs and pleadings,” he said.