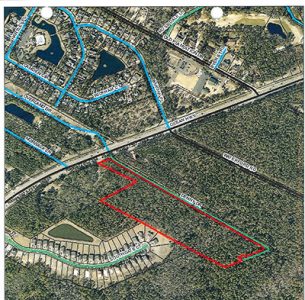 The tract, shown in red, is adjacent to The Colony, which was also rezoned for higher density.