Buffers will get wider to accommodate tree growth – Coastal Observer

Buffers will get wider to accommodate tree growth 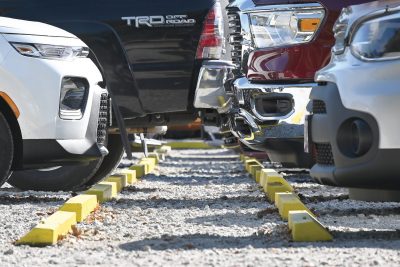 The revision would increase the landscaping required in parking lots.

Wider buffers will be required under a change to the Georgetown County zoning ordinance that narrowly passed the Planning Commission this month.

The ordinance requires buffers between residential developments and commercial and industrial property. The minimum buffer is now 5 feet. That will increase to 15 feet if County Council accepts the recommendation.

The wider buffers will allow for larger plants, particularly around parking lots where the minimum size of plants was also increased.

The goal of the changes is to increase green space and improve aesthetics of commercial development, said Holly Richardson, the county planning director.

The proposed change would require at least half of the shrubs planted in buffers to be evergreen. It also encourages the use of native species and bans the use of plants listed by the S.C. Forestry Commission as invasive species.

The commission voted 3-2 to recommend the changes. Commission members Sandra Bundy and Marla Hamby voted against them because they felt the revisions didn’t do enough.

The commission deferred a vote on the changes in November after Bundy questioned whether the minimum buffers were wide enough to support tree growth. She and Hamby said the changes needed to be reviewed by an arborist.

Richardson said she talked with an arborist before expanding the minimum buffer.

“She felt that additional width would be beneficial for the tree,” Richardson said.

Bundy said she still had  concerns and wanted the commission to hold a workshop on the ordinance. “The 15-foot buffer, I think that’s better than what you had,” she said. “I do not understand why we can not have a workshop, because it’s important.”

Bundy moved to hold a workshop anyway. That was voted down 3-2, with Hamby siding with Bundy. Two commission members were absent.

Hamby was concerned that the ordinance doesn’t do enough to require that the plants in the buffer are maintained.

Commission member Robert Davis suggested that a workshop could be held after the recommendation was sent to council. Commission member Johnny Weaver moved to recommend approval of the changes. Elizabeth Krauss, who chairs the commission, seconded.

Bundy said she had a list of questions about the revised ordinance, which she said also contained errors.

Krauss suggested that she send Richardson the information about errors so they could be fixed before County Council takes up the changes.

“Our job is advisory to council, I’m certainly not an expert,” Bundy said.

Krauss said that with a motion on the floor the discussion needed to be about the motion.

“I have some questions,” Bundy said.

She later told Bundy that she could send her questions to Richardson. “I think it’s important that you give input not just in a public setting, but in writing,” Krauss said.

Among her concerns, Bundy said after the meeting, was that the proposed change to the ordinance eliminates a requirement that parking lots have at least half of the required landscaping within the parking area. The change recommended by the commission has a range of 5 to 10 percent depending on the size of the parking lot.

But the proposal also increases the width of the perimeter buffer from 5 to 15 feet. Bundy said she wants to make sure the net effect isn’t a reduction in landscaping.

“They said they weren’t taking the 50 percent out. I believe that’s what was done,” Bundy said. “That’s what I was flagging.”

The review of the buffer ordinance was prompted by a request from restaurant owners in 2019 to shift landscaping from the interior to the perimeter of parking areas. The amount of seating that restaurants are allowed is tied to their available parking.

“This issue’s been around a long time. It started here with the parking,” Bundy said.

But she said the issue isn’t just about parking and landscaping. The S.C. Forestry Commission published a “Planner’s Forest Toolkit” this summer that provides a guide to achieving the goals Richardson talked about with the buffer ordinance. Bundy said she wants to make sure the county is using the best practices because it ultimately affects water quality in areas like Murrells Inlet.

“It’s all tied together,” Bundy said.