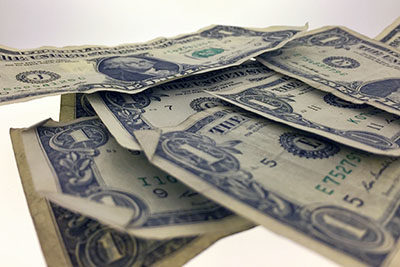 A business license is estimated to raise at least $1 million a year for the county.

Georgetown County staff will continue to research a business license fee, but members of County Council say they are concerned about the impact on local firms.

The proposal is one of several offered by Administrator Sel Hemingway as a way to raise revenue to offset deficits in the county budget.

The county had to draw on its reserves to balance its last two budgets. Hemingway, who will retire at the end of the year, said he wants to leave the council with a roadmap toward a sustainable budget. A business license would raise at least $1 million a year, Hemingway said.

Other measures include funding future capital improvements through a 1-cent local sales tax rather than with operating funds. That will free up at least $1.6 million. The county is also reviewing its development and permit fees and looking for way to cut spending.

The council this week agreed to put a 1-cent capital projects sales tax on the ballot in 2020. A similar tax that expired April 30 raised about $41 million over four years. Before a referendum can be held on a new tax the county has to spend a $16.9 million surplus from the first tax, Hemingway said.

County Council will have to approve the spending.

Council Member Louis Morant said he was concerned that implementation of a buisiness license could impact the success of a sales tax referendum. If it fails, the county will have to wait two years to try again.

Council Member Steve Goggans pointed out that the license fee is based on gross income, so it would be borne by companies whether they were thriving or struggling to make a profit. It could also impact the ability of the county to attract business, he said. Council Member Everett Carolina shared that concern.

“There are certainly benefits to the county, but it comes at a cost,” Goggans said.

Council Member Ron Charlton was more direct. “I’m just not in favor of a business tax, fee,” he said.

But the council agreed to let Hemingway and the finance director gather more information about the business license.