Candidates dust off campaign signs for school board race 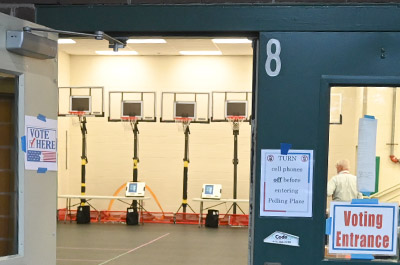 Four seats on the school board will be on the November ballot.

Lynne Ford kept her signs and her banners from her 2020 campaign for the District 6 seat on the Georgetown County Board of Education.

“I want to be efficient,” Ford said. “These are perfectly good signs.”

The only problem is they say District 6.

Ford plans to file for the District 2 seat on the nine-member board when filing opens Monday.

Scott DuBose also has some campaign signs left following his campaign in a special election for an at-large seat. He lost the three-way race to Kathy Anderson.

DuBose, who lives in Pawleys Plantation, also plans to run in District 2.

“I figured I’d run in this district as opposed to at-large. It’s more compact,” he said.

Her house on Petigru Drive is now across the street from her old district. Although protecting incumbents is a goal of redistricting, the council wasn’t able to hit the population target for the three districts that cover the Waccamaw Neck without moving Ford and the other 682 residents in her census block.

Under state law, Ford can continue to serve out her term in District 6 as long as she doesn’t move. And she can run for District 2 without giving up the District 6 seat, according to the state Election Commission.

The District 2 seat is currently held by Pat DeLeone, who was also drawn out of her district. She didn’t plan to seek re-election. The district now covers the  Waccamaw Neck south of Waverly Road on the west side of Highway 17 and south of McKenzie Beach on the west side of the highway.

DuBose said his platform won’t change from the special election: the public education system is broken and needs fixing.

Ford said her two years on the board have helped her build relationships that enable her to represent her district and schools across the county.

Anderson also plans to file for a full term in her at-large seat. It became vacant in January when Jim Dumm, the former chairman, resigned.

Anderson won the election by fewer than 30 votes. That made her realize the value of each vote. She was pleased when someone asker her recently if they could put out her yard sign.

Anderson retired as an English teacher at Andrews High after 33 years.

“I was never political,” she said. She didn’t think politics entered into education, she added, “but it does.”

Like Ford, she said her time on the board has been a learning experience.

“The learning aspect, I’ve enjoyed,” she said. “I think we’re going in the right direction.”

Mike Cafaro, a retired principal and district administrator, holds the other at-large seat. He plans to file for a second term.

“Education is important, not just to me, but to our society,” Cafaro said.

He is pleased that the board election is nonpartisan.

“I consider myself a moderate,” Cafaro said. “I look at the issue, analyze it and offer my opinion.”

Cafaro also said he believes in a two-term limit for board members.

Also on the ballot in November will be the District 7 seat held by Arthur Lance, the board’s current chairman, who doesn’t plan to run again. The district covers the rural areas around the Carvers Bay attendance area.

Filing at the county Office of Voter Registration and Elections opens at noon on Monday and closes at noon on Aug. 15.