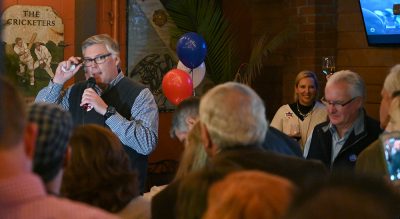 Carter Weaver swept past a challenger in the GOP primary this week to secure his position as Georgetown County sheriff for another year. Weaver has been acting sheriff since the death in September of Lane Cribb, who served as sheriff for 27 years.

Unofficial totals gave Weaver nearly 80 percent of the vote over Darryel Carr, a former deputy who was making his fourth run for sheriff and his first as a Republican. Weaver, who was assistant sheriff for 18 years, had 5,419 votes to Carr’s 1,457. The turnout was just under 16 percent.

“I really believe it’s a referendum on what we’ve been doing the last 20-plus years,” Weaver told hundreds of supporters gathered at Frank’s restaurant to await the returns from Tuesday’s primary.

A special election on Feb. 4 will complete the process of filling Cribb’s unexpired term. Birt Adams, who failed to file paperwork in time to appear on the ballot as a Democrat, plans to run as a write-in candidate. He garnered 2 percent of the vote in 2016 as an Independent Party candidate in a race with Cribb, a Republican, and Carr, who ran as a Democrat.