Coroner candidate agree experience matters, but differ on its content 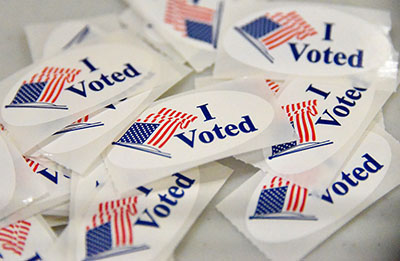 To vote in the Nov. 3 election, people must be registered by Oct. 4.

The two candidates seeking to replace Georgetown County’s long-serving coroner agree on at least one thing: most people don’t understand what the job entails.

Allen Morris and Chase Ridgeway part company when it comes to explaining it to voters. They are on the ballot in next week’s Republican Party primary to replace Kenny Johnson, who was first elected in 1996.

Morris is an investigator with the Georgetown Police Department. Ridgeway is a deputy coroner and owner of Ridgeway Funeral Home in Georgetown.

Morris believes it is a conflict of interest for the coroner to work at a funeral home and said he is running to give voters a choice.

“I knew it would come up,” Ridgeway said. “If it was a conflict of interest, the state of South Carolina would have stepped in a long time ago.”

To run for coroner in South Carolina, candidates must meet one of seven criteria. Johnson was unopposed for re-election in 2014 because a Circuit Court judge ruled that two challengers didn’t meet the qualification, something that happened in other counties that year.

Ridgeway also has certification from one of the two programs recognized by the S.C. Coroners Training Advisory Committee.

“My opponent is a criminal investigator,” Ridgeway said. “He has never investigated the cause of death itself.”

“He’s trying to say I’m not a death investigator,” Morris said. “What people don’t understand is we have to examine the body, too. There is evidentiary value in that dead person.”

Coroners are required to investigate all deaths that occur outside a physician’s care, including those that occur at home and those with suspicious circumstances.

Ridgeway received certification this year from the American Board of Medicolegal Death Investigators. It requires at least 640 hours of experience, meeting over 300 job-related criteria and passing an exam.

The certification is only available to people who work for a coroner or medical examiner. Ridgeway has been a deputy coroner for eight years. He took the job after Johnson started working part-time for the Ridgeway Funeral Home.

Morris pointed out that Johnson was a deputy sheriff before he was elected coroner. “We both have an investigation background,” he said, adding that he has eight years’ experience with the sheriff’s office and police department.

“People are getting a little confused,” Morris said.

“It’s a job that’s very complex and that people don’t know a lot about,” Ridgeway said.

With the coronavirus pandemic, the candidates have only been able to debate the significance of their experience at arm’s length. They have both relied on social media and advertising to get their message out. Each is making his first run for elected office.

Ridgeway has raised $17,759, according to a recent filing with the state Ethics Commission. That includes $12,643 from individual contributions.

The owners of Burroughs Funeral Home have given $1,000 to Ridgeway. Morris has received $1,000 from Graham Funeral Home and $500 from Mayer Funeral Home.

“I want people to understand that coroners and funeral directors have always gone hand in hand for decades. It’s kind of the norm,” Ridgeway said.

Along with the training required for a funeral director, he said he will also bring business experience to the coroner’s office. Ridgeway also said he will be a full-time coroner, with staff taking over the running of the funeral home.

“The coroner is the connection between the people and the business,” Morris said. “It’s an unavoidable conflict.”

The solution to that, Ridgeway said, is “you elect the most ethical person.”

The funeral home business is built on the loyalty of families they have served in the past, he said.

“I’m not going to risk my reputation for the profit I could make off one call,” Ridgeway said.

Morris isn’t critical of the coroner’s office. “My biggest thing is I just wanted to give the community another option,” he said.

No Democrat filed for the coroner’s office. Barring a write-in campaign in November, the winner of Tuesday’s primary will succeed Johnson.

Election officials have taken steps to protect the health of voters and poll managers for Tuesday’s primaries:

• Sneeze guards will be placed at check-in stations.

•Hand sanitizer will be available for voters and poll managers.

Check your polling place at scVOTES.org before going to the polls.  Polling places at Pawleys Island and Murrells Inlet have been consolidated due to the pandemic. Bring your photo ID (or voter registration card if you do not have a photo ID).

Wear a face mask if you have one, although masks are not required.

Bring your own pen for signing the poll list.

Practice social distancing by spacing yourself at least 6 feet apart from others.

Show your photo ID by holding it up for poll managers instead of handing it to them.

Voters will be provided a cotton swab for making selections on the touchscreen.
Be patient and understanding with poll managers on election day, said Chris Whitmire, spokesman for the state Election Commission. “They are being asked to do a lot to facilitate voting under the current conditions.  We are all in this together.”