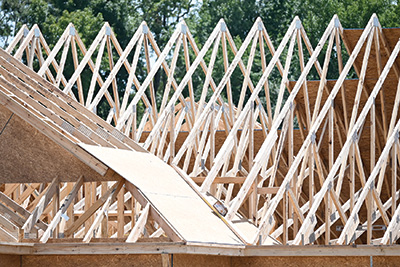 Housing demand over the next five years is expected for all income levels.

An ordinance that would allow developers of affordable housing to receive incentives from Georgetown County is due to come before County Council this fall. It is the first step in a series of measures the county wants to adopt to fill gaps in the housing market.

“This is not just about affordability. This is about availability at all income levels,” County Administrator Angela Christian said.

A housing needs assessment commissioned by the county earlier this year found that the county will need 2,418 units of for-sale housing and 908 rental units over the next five years. Most of the for-sale demand will be for households earning more than the county’s average median income of $47,578 a year. Most of the demand for rental units will come from households with incomes below that.

“We have a shortage at all income levels,” said Holly Richardson, the county planning director.

But developers aren’t able to close the gap because of high land costs and construction costs, she said. They rely on equity from investors and borrowed capital, but that leaves a gap in funding affordable housing.

“The bottom line is, it costs more,” Richardson said.

The county can reduce the gap by offering breaks on fees, permit costs and the level of upfront investment in design, she said.

County Council agreed this week to let the planning staff draft an incentive ordinance that would tie the amount of incentives to the amount of affordable housing a project contains.

“We would need some sort of requirement in place to make sure that the units are actually affordable,” Richardson said.

That will be followed by a proposal to create a new zoning district that will allow higher density, likely adjacent to the city of Georgetown where infrastructure and businesses are nearby.

Keeping infrastructure costs down is important to the developers and the county, Christian said.

“If we can close the gap in funding, I think we’ll attract developers all day long,” Council Member Steve Goggans said.

With state and federal programs already available, “the gap in funding is local,” he added.