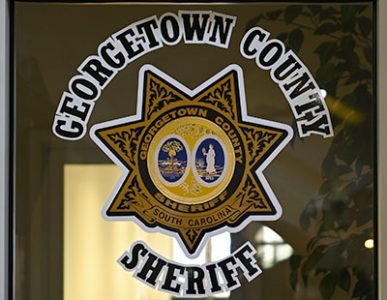 Deputies, corrections officers and dispatchers with more than five years’ experience will be eligible for the raises.

Merit pay raises for employees of the sheriff’s office are included in the budget approved this week by Georgetown County Council. A request by Sheriff Carter Weaver for funding to add eight patrol deputies is still under consideration.

Weaver told the council in May that merit raises of up to 3 percent for employees with at least five years of experience are necessary to recruit and retain staff. If all eligible employees receive the maximum raise, it would cost $170,000.

The funds will come from a property tax increase and a shift in funds from the local tax on restaurant and bar sales and short-term accommodations.

The budget will also give all county employees who worked during the coronavirus pandemic a one-time payment from the American Rescue Plan Act. For general government employees, that will average about $2,000, Administrator Angela Christian said.

For public safety workers, it will average $3,000.

The payments will be made in August after the county confirms with the federal government that they comply with the rules for the act. Those are still evolving, Christian said.

Weaver said he didn’t expect that the new deputies would be included in the budget by the July 1 start of the fiscal year.

“The only expectation that I do have is for our councilmen on the Waccamaw Neck to take the lead in the conversation, because their areas are the areas of concern,” he said.

The council’s three-member Justice and Safety Committee met with Weaver in May. It failed to give notice of the meeting as required by state law and has not met since the interim county attorney, Tommy Morgan, told the members their meetings are public.

Council Member Bob Anderson, who serves on the committee, said the members gave their ideas to Christian individually.

He proposed shifting four school resource officers to patrol duty since the school district doesn’t pay for their salaries. Two more deputies could come from the Andrews area, where they provide support for the town’s under-staffed police department. That would leave the county with the need to fund only two additional deputies.

Weaver said those are viable solutions.

The resource officers are mandated by state law. “That conversation isn’t even on the table,” he said, although he asked the district over a year ago to share in the cost.

Andrews gets service as part of the county, Weaver said. If the town wants additional service, it will need to enter into a contract with the county and fund that through its municipal taxes, he said.

The new deputies would be the first added to the patrol division in 15 years. Deputies have been added for traffic and beach patrols through grants.

Weaver said he is continuing to talk with Christian about the funding.

At $67,000 apiece to hire, train and pay each deputy, “that’s a pretty good chunk of change,” Christian said.  “It’s important that the model we look at gives us a sustainable model.”

Weaver said he hasn’t drawn any “lines in the sand,” but he told council members in a letter last month the demands for service on the Waccamaw Neck could impact the response time to calls in the rural areas of the county.

Murrells Inlet and Garden City are particular areas of concern, he said, because of the growing permanent and tourist population.

“We don’t have an off-season anymore,” Weaver said.

Council Member John Thomas, who represents those areas, said he agrees with the need for additional deputies, but doubts the funding will come before the fiscal 2023 budget

The county has raised the tax rate for the law enforcement fund by the maximum allowed by state law, Thomas noted.

If the sheriff’s office has to shift resources from the rural areas, he would support that.

“There are trade-offs no matter what you do,” Christian said. “We’re going to work on staffing issues across the board.”

Anderson said he plans to continue to press for a solution. “It’s not going to be swept under the rug,” he said.

But he added that the actual solution will require Georgetown County to increase its tax base.

“The issue at the end of the day is that we are a poor county,” Anderson said.

Although there is a push for development in the rural areas, “that’s going to take time,” he said.

The longer it takes, Weaver said, the more the need for patrol deputies will grow.

Eight are needed today, but his office needs to keep pace with growth in population and calls for service, he said.