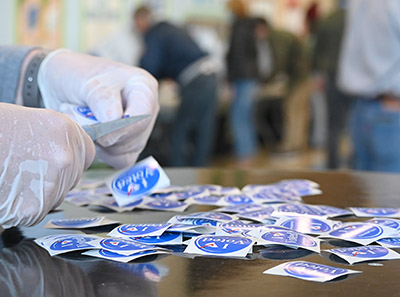 The three County Council districts on the Waccamaw Neck need to lose over 4,500 people to achieve the balance required by redistricting, according to a report from the state Office of Revenue and Fiscal Affairs. That is half the number of people needed to make up a single council district.

He represents District 2, which includes the southern portion of Waccamaw Neck and areas across Winyah Bay and south of the city of Georgetown. The district has 986 more people than the ideal district: 9,058.

Anderson expected that his district would shift to the north along Waccamaw Neck following the 2020 Census, but what shape it will take depends on a variety of factors including the need to maintain majority-minority council districts in the western part of the county. Most of the voters on the Waccamaw Neck are white, according to census data.

The report from Revenue and Fiscal Affairs that was received by Georgetown County last week is the first step toward redrawing the seven council district lines before the 2022 election, which begins with candidate filing in March. State law sets a deadline for counties to redistrict that doesn’t apply to other jurisdictions.

“We are definitely under the gun,” said Sandra Kelly, strategic operations manager at Revenue and Fiscal Affairs.

The agency would like to have the county approve new districts in mid-January, but that hinges on a variety of factors, she said.

Council members in small groups got a briefing on the report this week from Administrator Angela Christian. They are due to discuss the data and the recommended criteria for redistricting at a workshop Oct. 26.

“This requires input from many sources,” Kelly said. “They’re the ones that have to stand before a judge if it goes to court.”

The U.S. Supreme Court struck down a provision in the Voting Rights Act that required South Carolina and several other states to get preclearance from the Justice Department for changes to their electoral systems. Those changes can still be challenged if someone thinks they are discriminatory, but that can only be done once the changes are adopted.

Revenue and Fiscal Affairs analyzed voting data and noted in its report “there does appear to be racially polarized voting in Georgetown County, but more time is needed prior to making a recommendation.”

It does recommend that the council “give careful consideration to minority districts” to comply with federal law.

He initially thought redistricting would result in the three districts that cover the Waccamaw Neck shrinking geographically as their population increased.

“The districts on the Waccamaw Neck have got to shrink by 1,000 people each,” he said. “Districts on the other side have to increase by 1,000 or so. I don’t know how we’re going to do it.”

Although the three districts are over by a total of 4,522 people, many of those people already live west of the Waccamaw River in Anderson’s district. In fact, the Waccamaw  Neck’s population of 27,605 in the recent census works out to be almost exactly three complete council district using the 9,058 target set by Revenue and Fiscal Affairs.

The biggest deficit is 1,437 people in District 4 in and around the city of Georgetown, which is represented by Lillie Jean Johnson. Louis Morant, the council chairman, is closest to the goal. His District 7 is short by 786 people.

Thomas represents District 1 that runs from Litchfield to Murrells Inlet. It has a population of 10,741, which is 1,685 more people than the target.

District 6, represented by Steve Goggans, includes a portion of Murrells Inlet around Wachesaw Plantation and runs south and west to Pawleys Island. It is the largest district, with a population of 10,911.

Even if Murrells Inlet were consolidated in a single council district, the area’s population now exceeds the goal for council districts by just over 1,000 people, according to census data.

Murrells Inlet might benefit from having a stake in two council districts, Goggans said this week before meeting with Christian to review the data.  “I’ll just have to look at it.”

Neither Goggans nor Thomas plan to run for re-election in 2022. That means their homes won’t have to be included within the new lines for Districts 1 and 6. They can serve until replaced.

Protecting incumbents isn’t one of the criteria set out by Revenue and Fiscal Affairs, but it is a longstanding practice.

The principles that the agency does encourage the county to adopt include drawing districts:

• where all areas within them are connected;

• that are geographically compact;

• that respect existing communities of interest.

Thomas and Goggans said they don’t see any existing communities of interest that span the Waccamaw River.

“I’d like to see us work from the northern boundary south before we start going across the river,” Goggans said.

Update: This article was updated from the print version to clarify that the Waccamaw Neck’s current population is equal to the population of three County Council districts based on the target recommended by the Office of Revenue and Fiscal Affairs.