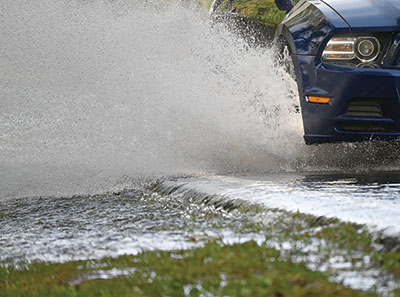 A stormwater master plan launched by Georgetown County will show the impacts on drainage if the Waccamaw Neck is built out under its current zoning. The $702,000 study approved by County Council will also recommend improvements to infrastructure and policies to mitigate those impacts.

The council agreed in October to create a county-wide master plan in the face of increased demand for capital improvements as well as routine maintenance. It currently has 41 stormwater projects on the books. Those will continue to move forward, but no new projects will be added until the master plan is completed, which is estimated to take three to five years.

“That’s going to be very important for us in the future as we grow our program,” Administrator Angela Christian said.

By capping the current list of capital projects, the county will be able to start setting aside funds for those that emerge from the master plan, said Ray Funnye, the county director of Public Services.

The Waccamaw Neck study is the first phase of the master plan. It will identify watershed and drainage basins over about 37,000 acres and inventory over 14,000 drainage features, according to the proposal outlined by Thomas & Hutton, the engineering firm hired to create the plan.

The work will compile existing data from electronic and paper records going back 30 years to update the county’s current database. The firm will then head out into the field to inspect their condition and find any additional features.

The process will also include meetings, likely to be held online, that will give the public the opportunity to identify problem areas.

Thomas & Hutton proposes using software approved by the Federal Emergency Management Agency to model the drainage system and how it will perform during storms. It will also include tidal influences.

The study will also account for sea level rise, though it notes “conservative engineering judgment will be applied.”

Water quality is also a factor. The master plan will include data on the 10,250-acre Murrells Inlet estuary, for which a watershed plan was adopted in 2014, and the Pawleys Creek-Clubhouse Creek estuary. There is no approved plan for the Pawleys-Litchfield creeks, but Thomas & Hutton recommends the county create one.

The firm will recommend and assign priority to improvements through “a transparent system.” It will also help the county identify sources of state and federal funding for projects.

The data compiled from the study will be incorporated into the county’s geographic information system. Some of that will be accessible only to county staff, but there will be a public portal. “The goal will be to engage residents by giving users a clear understanding of the drainage system and a place to submit photos and videos of potential issues and problems,” the proposal says.