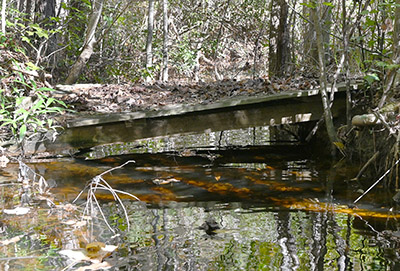 The draft plan proposes the county create an ordinance to enhance wetland protection.

Increased wetlands protection that is tougher than state or federal standards is among the new goals under review by Georgetown County as part of its update to its comprehensive plan.

“That’s where we can really kick in with these ordinances,” Matt Millwood, a senior planner, said.

The plan’s land-use element is the one with the highest public profile because its maps provided the basis for the county zoning ordinance. The current land-use element was adopted in 2007, and efforts to revise it have stalled over the last two years.

But a survey done last fall to get input on the land-use element showed protecting the county’s natural resources was important to 96 percent of those who responded and the top priority for nearly two-thirds of the respondents.

The revised natural resources element increases the number of goals from six to 11. Among the additions:

• Protecting water resources for their recreational potential and as sources of drinking water. Strategies for that include finding state and federal funding for “living shoreline” projects and greenways, and implementing recommendations from the county’s recent watershed study;

• Directing future growth and development to areas where they will have less impact on the ecosystem. Strategies include encouraging growth near urban areas with existing infrastructure and creating incentives for green development;

• Create a county-wide network of green spaces and greenways. Strategies include working with the state Department of Transportation and nonprofits to expand bike paths around the county;

Wetlands are so prevalent in the county that it’s “becoming very, very significant that we do something about protecting them,” commission member Marla Hamby said after getting her first look at the draft last week.

He said that he spent several months researching goals and strategies that have been successful in other communities “to help protect the environment and mitigate natural disaster,” he said. “Now it’s our turn to see if they work in our community.”

“They need to be obtainable goals,” he added.

Bundy proposed that the commission hold a workshop. Millwood agreed that would provide an opportunity for other agencies and conservation groups to speak to the commission. He has already sent the draft to some groups.

“It is particularly noteworthy that the planning department is willing to engage different stakeholders in the community to review this document and offer suggestions,” said Duane Draper, who chairs the board of Keep It Green.

The citizens group was added to the list of stakeholders.

“I think this demonstrates a recognition of how KIG has become an influencer on Waccamaw Neck and how the county is more willing to collaborate on future policy-making decisions,” Draper said.

The group is also tackling wetlands issues. A program in its ongoing education series will feature a panel talking about the benefits of and threats to wetlands.

The program is Saturday at 1 p.m. at the Waccamaw Library. The speakers include Bundy, Maeve Snyder of the North Inlet-Winyah Bay Estuarine Research Reserve and former County Administrator Sel Hemingway.