County will review impact fees as it debates housing needs 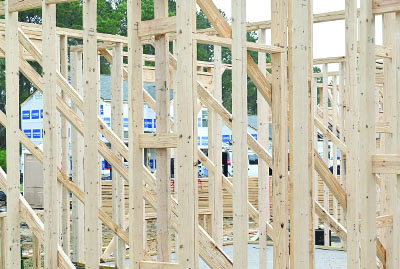 The Bowen study found over 80 percent of the demand for for-sale homes will come from families with incomes over $50,000 a year.

A plan to address housing needs across Georgetown County will be created at the same time the county revises the impact fees paid by new development.

“We have seen a significant reduction in those impact fees,” Administrator Angela Christian said. “Those numbers are going to come down significantly.”

While reducing the fee will reduce the cost of development, Christian said, the review of impact fees is not intended as an incentive for creating the kind of affordable housing identified in a recent study commissioned by the county. The county’s impact fee ordinance already exempts affordable housing projects.

Outside the fire districts, the county adopted the impact fees in 2008 to fund a capital improvement plan. They are based on an analysis commissioned by the county that set a level of service and determined how much demand new development placed on those services. The process is required by state law.

The county is supposed to review the impact fees every five years and update them every 10 years.

“It’s time for an impact fee study,” Christian said. “We don’t have the same level of development now.”

The housing needs assessment that was presented to local officials last week estimates a gap between availability and demand of 670 rental units and 2,203 for-sale units over the next five years.

Those numbers are based on current conditions, said Patrick Bowen, head of Bowen National Research, which conducted the study. “I would almost use it as a baseline.”

“You really need housing. Period,” Bowen said. “You can put it anywhere.”

But the study acknowledges that affordable housing, something that can be rented or bought by households whose income does not exceed 80 percent of the county average, is likely to be created outside the Waccamaw Neck because of the high land costs in this area. The study says $50,000 is 80 percent of the average household income for the county.

The need is particularly acute for people in the public sector and service industry, who typically earn under $40,000 a year, the study found.

Georgetown County is not unique in that respect.

“This is happening all over the country,” Bowen said.

He did a similar study in Beaufort County, where there was high teacher turnover due to housing costs. As teachers looked beyond the county for housing, they found that they spent more time and money commuting.

“When you don’t have enough affordable housing, it does have an economic impact,” Bowen said.

The study found development costs in the county are in line with those around the region, but said they still require that new rentals start at $1,100 a month and new for-sale housing starts at $300,000 to make those units profitable.

“Developers have to start at a high point already. Is there anything that can be done to offset the development cost?” Bowen asked.

Christian said that is one of the questions the county hopes to answer over the next year.

Bowen didn’t offer a specific plan for meeting the housing needs, but he pointed out that so many communities have tackled the issue that there are plenty of examples for Georgetown County to follow.

Christian said the county’s next step will be to assemble a task force to decide on what direction to take. “It has to be a community response,” she said. “We want to bring a package to council that will have buy-in.”

One recommendation Bowen did offer was, “The community will have to think about, ‘What kind of community do we want to be?’ ”