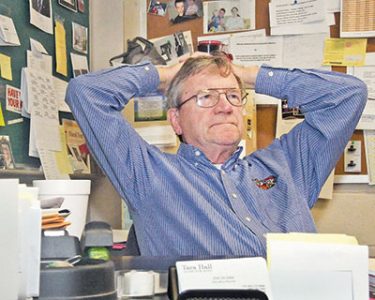 After 50 years of working at Tara Hall Home for Boys, Jim Dumm is retiring.

The nonprofit is a residential facility for troubled boys.

The facility will be converted into a non-residential school for girls and boys which could be open as soon as next year.

“Going through this change, it might be a good time to bow out,” Dumm said. “I’ll still be supportive and consult with them, especially if they end going into the education field. Maybe I can be helpful at some level.”

When the COIVD-19 pandemic struck in March, Tara Hall residents were sent home to their families.

“COVID has really done a number of us,” Dumm said.

The boys were brought back for a short time, and then sent home again  in July when a couple of people tested positive for COVID-19.

“We just felt like it would be best for the kids to be with the families,” Dumm said. “We were hopeful that maybe by October we would be able to bring them back.”

The boys have not returned, but staff has continued to work with them virtually.

“In addition to COVID, for the last four, five even six years, our numbers have been down,” Dumm said. “It really wasn’t cost effective.”

At one time Tara Hall was licensed for 24 boys and then that was changed to 18. Recently they’ve averaged 14.

Dumm said state and federal guidelines for placing children have changed and fewer kids are being sent to group homes.

“They don’t think group care, in the long run is good for children,” Dumm said. “Our statistics would argue an awful lot with them.”

Dumm, 70, first arrived in Georgetown County in 1970 from Altoona, Pa., as a volunteer with Volunteers in Service to America assigned to Tara Hall.

In 2011, Dumm was awarded the Order of the Silver Crescent, the state’s highest honor for people making contributions to their local communities.