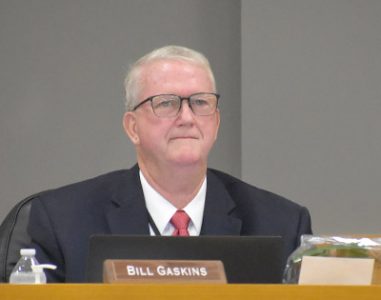 Bill Gaskins, the new board chairman, raised the pay issue at a workshop.

Members of the Georgetown County School Board get paid like it’s 2002, not 2022.

If the board decides to change district policy, it will mean an extra $3,391 a year for the nine members.

Board members are supposed to be paid 25 percent of a starting teacher’s salary.

During an ongoing budget crisis in 2003, the board voted to freeze the stipend. It has remained at $6,719 a year since then.

Doug Jenkins, the district’s executive director for human resources, said if the stipend was based on the current starting teacher’s salary, board members would get $10,650.

Board Member Lynne Ford, who represents District 6, said the stipend is at the “bottom end” compared with what members of school boards and county councils receive in neighboring counties.

“We’re not really asking for a pay raise,” Ford added. “What I would like to see is us follow what our policy says. I think that’s fair.”

Board Member Robert Cox, who was elected to an at-large seat last month, agreed.

“Up until months into my campaign, I didn’t know what the pay was and really didn’t care. It wasn’t about that,” Cox said. “We’re not asking for a raise, we’re just asking to unfreeze.”

The idea of unfreezing the stipend was raised by Chairman Bill Gaskins at a board workshop this month.

Board Member Randy Walker, who represents District 4, said when he travels to conferences for board business, what he is reimbursed for never equals what he actually spent.

“It doesn’t compare,” Walker added. “We spend our own money a lot.”

Walker also said there are a lot more things for board members to do than there was 20 years ago.

“We’re more visible and attending more things than they might have then,” Walker added.

“Our board is very visible and very engaged in things throughout our schools and our community,” Superintendent Keith Price said. “I don’t know that that’s the norm everywhere.”

Board Member Scott DuBose, who was elected to the District 2 seat last month, wants to make sure the board doesn’t unfreeze the stipend at a time when no other district employee is getting a salary increase.

Raises and bonuses for employees were included in the district’s 2022 and 2023 budgets.

Lindsay Ann Thompson, the district’s attorney, said if the board voted to “unfreeze” the stipend, the increase to $10,650 would be automatic.

The board also has the option of a gradual increase in the stipend, or changing it entirely.

The district does not have a policy that forbids the board from raising its salary, Thompson added.

“I think we should take some time to study that and then have a board discussion about that when we meet in January,” said Gaskins, who represents District 5. “Do we unfreeze that? Or do we let it continue as it is.”

“Whatever we do, we need to make sure we really explain why we’re doing it to the public,” DuBose said, adding that it may look like a pay raise.

Gaskins also broached the subject of term limits for the chairman. Board policy only requires that an election for chairman take place every two years. It does not have any limits on how many times the same person can serve.

“I’m a proponent of, the chair cannot serve more than two consecutive terms without taking a break,” Gaskins said. “I don’t want to get into a situation where we have a continuous chair all the time.”