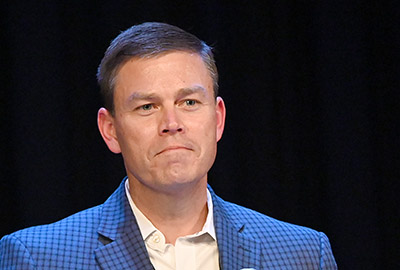 The Georgetown County School District has been awarded $14.9 million from the U.S. Department of Education to start a magnet program in the Carvers Bay area.

“When we began having this discussion and presented the idea to the principals, there was a lot of excitement, but also some nerves, and that’s exactly the way it was when we all learned that we had been awarded the grant,” Superintendent Keith Price said. “So there’s lots of excitement, lots of energy, and now we get down to the business of putting the plan in action.”

The program, called Pathways to Success, will start at Carvers Bay High, Carvers Bay Middle, and Pleasant Hill, Plantersville and Browns Ferry Elementary schools at the beginning of the 2023-24 school year.

Three of the goals are: to reduce “minority isolation” and help attract a more diverse and balanced student population; reduce the “opportunity gap” by bringing unique programs and opportunities that otherwise might not exist at the schools; and focus on academic achievement.

The district picked the Carvers Bay schools because they have the smallest population – 1,162 students – and the highest poverty rate – 85.8 percent – of the four areas of the county. Also, 65 percent of Carvers Bay students are Black.

“We’re very, very excited about the opportunities we’re going to bring to the students and families in the Carvers Bay area, that without this grant we just wouldn’t be able to do so significantly in such a short amount of time,” Price said. “We’ll be able to make such tremendous impacts on what we’ll be able to add to those five campuses as we move forward.”

The district unveiled tentative plans for the transition at a school board meeting in May.

Brown’s Ferry Elementary is expected to become a creative and performing arts school with nine-week units of dance, media arts and music exploration. Students will work with guest artists-in-residence, dance and strings instructors; have access to an iMac lab to learn about keyboarding, coding and graphic design; and take field trips to colleges and performing arts venues to see music and dance shows.

Classes at Plantersville Elementary are expected to be centered around digital immersion, which is the merger of the physical and digital worlds through virtual reality, augmented reality, mixed reality and extended reality. All students will have the chance to learn coding and games skills, and lessons in computer operations would start in kindergarten.

Pleasant Hill Elementary is expected to focus on STREAM (science, technology, reading, engineering, arts, math). For science, the emphasis will be on the environment, including outdoor classrooms, beehives and a greenhouse. The technology curriculum will include robotics and broadcasting, and math studies will be hands-on.

Carvers Bay Middle is expected to become a STEAM academy, with the motto of “imagine, inquire, invent, inspire.”

Carvers Bay Early College and Career High School is expected to be similar to Whale Branch Early College High School in Beaufort County. Students will have the opportunity to earn associate’s degrees before they graduate. There will also be an emphasis on STEM and performing and visual arts, and enhanced culinary and agricultural science programs.

Students in the Carvers Bay area will automatically be enrolled in the program. Students in other attendance areas will have to apply. There will be no academic or GPA requirement or test to pass to be accepted.

If more students apply for a school than there is room for, a lottery system will be used.

Carvers Bay parents who don’t want their child enrolled in the program will have the option of sending them to a different school.

The program also includes a partnership with Francis Marion University and Voorhees College to help the district have a more diverse workforce.

The next step for the district is to hire a director of the magnet program to oversee the transition. The job is expected to be posted this week.

“That person’s sole responsibility will be the implementation and the successful planning of this grant for those five schools,” Price said.

The district will host a magnet fair early next year to introduce parents to the changes.

Included in the district’s application for the grant was a letter of support for the program from the school board.

In the letter, the board said it believes the program will “help Georgetown reach full unitary status and achieve the goals of our Desegregation Order, specifically in the areas of student assignment and teacher assignment.”

The district has been under a consent decree stemming from court-ordered desegregation in the 1970s. The decree was signed in 1997 after the Department of Justice claimed that the district had failed to abide by the terms of earlier court orders.

Under the decree, each district school is required to have a staff whose racial mix is within 10 percent of the racial mix in the county as a whole. The decree also restricts student transfers and requires that educational opportunities for students at three predominantly black elementary schools – Browns Ferry, Sampit and Plantersville – and the Carvers Bay schools “are unsurpassed in the district.”