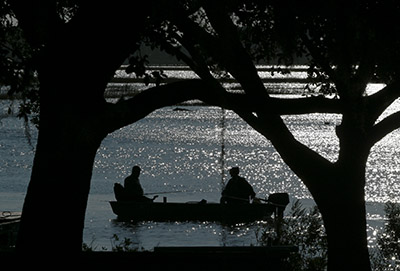 Fees for parks and recreation will be used to improve access to waterways and beaches.

An update to Georgetown County’s impact fees is estimated to raise between $18.5 million and $22.7 million for infrastructure improvements over the next decade. At the same time, the fees paid for residential construction will drop for houses under 4,500 square feet.

“For the majority of residential permits, the fee is going to go down,” said Holly Richardson, the county planning director.

The county adopted impact fees in 2009 to pay for libraries, parks, law enforcement and roads. State law requires that the fees be based on the impact of new development and prevents the revenue from being used for operations or maintenance.

Over 12 years, the county collected $14.7 million. The largest portion, $6 million, went for parks and recreation.

State law also requires that the fees be tied to a capital improvement plan and sets a date for the fees to expire.

“When the projects change, the fees have to change,” Richardson said.

The county hired the consulting firm TischlerBise in 2021 to update the impact fee study. The firm did the initial study in 2008.

In the update, the consultants recommend that the county change from a single fee that applies to all residential units to a fee schedule based on square footage. The current fees total $3,844 for residential units. The proposed fees would start at $1,178 for units of 500 square feet or less and rise to $4,283 for units of 6,000 square feet or more.

Fees for non-residential buildings are already based on floor area. Those would increase for almost all categories under the update, with the cost for retail and restaurant space rising to $3,898 for every 1,000 square feet. Warehouse space would see a drop of $138 per 1,000 feet.

The firm recommends that the county drop the impact fee for libraries, which has raised $2.3 million. The county is about to start renovations to the main library this year, which is the final step in the system’s capital plan.

Parks and Recreation proposes using a new round of impact fees to expand access to the beaches and waterways. The plan includes $1 million to expand capacity at five beach accesses, with three of those providing handicapped access.

Another $2 million will build a public courtesy dock at the Veterans Pier in Murrells Inlet to improve access to the Marshwalk.

The plan calls for $3 million to be spent on improvements to boat landings at Murrells Inlet, Wachesaw and Hagley.

All of those projects are driven by growth and their total cost would be covered by the impact fees if the county reaches agreements with Georgetown, Pawleys Island and Andrews to adopt the fees. The current impact fees don’t apply in the three municipalities.

If the new fees are limited to the unincorporated areas, the recreation projects would come up short by $956,000, according to the study.

The law enforcement fee would be used for $10.3 million in new facilities for the sheriff’s office and the jail along with new consoles for the 911 dispatch center. The countywide fee would raise $8.1 million. If the municipalities are excluded, it would raise $6.4 million.

The transportation fee would cover all $8.6 million in roadway expansion required to accommodate growth if applied countywide. If limited to the unincorporated areas, it would raise $7.1 million.

The study found that if the county adopts the maximum fee, it will result in a slight decrease in the costs of home ownership or rentals for families whose income is 80 percent or less than the county’s median income ($54,536 a year for owners and $31,485 for renters).

“New growth is supposed to pay for itself,” Richardson said.