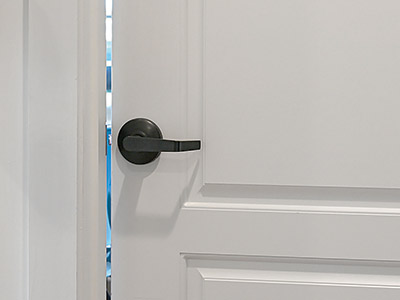 When voices down the hall interrupted a workshop of Pawleys Island officials last month, someone pushed the door to the meeting closed. The town attorney objected.

“We don’t want to get sued,” David DuRant said.

The door was left ajar. That has become the new protocol as the town prepares to defend itself in Circuit Court against claims that it violated the state Freedom of Information Act.

Even after voting this week to hold an executive session to get a briefing from DuRant about the case, a sliver of light was still visible at the edge of the meeting room door.

Henry Thomas, an island resident, filed suit in December 2019 alleging that the town had failed to follow the FOIA in conducting executive sessions and in failing to provide notice and minutes for meetings of an ad hoc finance committee. The case pits the former mayor against two council members and the town administrator, who have denied the allegations.

Former Mayor Jimmy Braswell submitted an affidavit to the court in June stating that a closed-door session in December 2018 strayed from the topic of police pay to beach renourishment, beach access and parking.

At a meeting six months later, Braswell said, the council met with a Columbia lawyer in an executive session to talk about ways to lobby the legislature to allow the town to impose a property tax for beach renourishment.

Culbertson said at the hearing that “somebody obviously has filed a false affidavit.”

Culbertson set the case for trial, but has yet to rule on the motion. On Thursday, the judge granted a continuance in the case, which had been scheduled for trial next week.

After the hearing, the town filed affidavits from Council Members Ashley Carter and Sarah Zimmerman stating that the session about police pay did not talk about beach renourishment, access or parking, only about revenue that related to the pay.

They stated that the lawyer was not present in the executive session about lobbying because the session was held for the purpose of discussing a contract with his law firm.

Taylor Smith, the attorney representing Thomas, argued that the minutes of the council meetings show that no vote was taken to enter the executive sessions and no purpose was stated for the sessions, as required by law. He urged the court to accept the minutes as fact.

Carter and Zimmerman said any variation from proper procedure shown in the minutes “would be attributable to typographical error/omission.”

The town is also in court over its efforts to condemn easements from the owners of three beachfront lots on the island’s south end that will enable the town to partner with the Army Corps of Engineers on future beach renourishment projects.

A judge granted summary judgment earlier this year to the owners, saying the condemnation process initiated last summer was flawed. Two of the owners, Frank Beattie and Sunset Lodge LLC, were awarded attorney’s fees. The third, Barry Stanton, is the attorney representing himself and his neighbors. He didn’t ask for fees to represent himself. As of May, the total fees were just over $113,000.

The town has asked the court to review Stanton’s billing records.

The property owners argued that they should be allowed to pursue their challenge.

Culbertson dismissed the case in April and last month denied a motion to reconsider.

The three property owners have appealed those decisions to the state Court of Appeals.

This article was updated from the July 15 print edition to reflect that the judge continued the trial that had been scheduled for July 19.