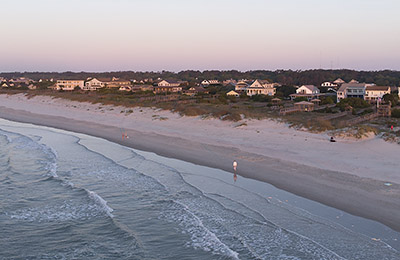 The maps determine the elevation of the first habitable floor of houses in flood zones.

It will be another year before Georgetown County can adopt federal flood maps that officials expect will lower insurance premiums for many oceanfront homes. This is the first major revision to the maps since the 1980s, and it has already been delayed several times since the new maps were first presented in 2015.

Georgetown County is the only county in the state without updated flood maps, according to state Rep. Lee Hewitt.

“They want to start the whole process over,” said Ryan Fabbri, the Pawleys Island town administrator. “That’s a big deal. A lot of property owners were waiting on that.”

The county and local governments expected the new Flood Insurance Rate Maps to be approved in June.  Instead, local officials were told last month that the Federal Emergency Management Agency, which administers the flood insurance

“We tried to get FEMA to agree to let us handle the concerns,” Maria Cox, the state coordinator for the flood mitigation program at the Department of Natural Resources, told officials in an email. “Ultimately, FEMA Headquarters decided that an appeal period would be required.”

Adoption of the maps that were presented in 2015 was initially delayed because of appeals from Horry County. FEMA said at the time that the Georgetown County maps couldn’t be separated from the Horry maps, said Sel Hemingway, the former Georgetown County administrator. He is now a field director for U.S. Rep. Tom Rice who works with local governments in the 7th Congressional District.

When Hemingway heard that the maps were delayed again, he thought it was for the same reason.

“I talked to the Horry County folks. They said all was good,” Hemingway said. “It sounds like they will have theirs by the end of the year.”

“The only county that is being delayed is Georgetown County,” he said. “I find it interesting that we’ve got one county that FEMA’s got issues with.”

According to Natural Resources, there are problems with 11 of the 115 map panels that cover Georgetown County. It’s unclear what those problems are.

In her email, Cox called them “Due Process issues.”

Hewitt was unable to learn more. He said Natural Resources staff weren’t sure which parts of the county were covered by the 11 map panels.

“The information we received from them didn’t specify,” said Holly Richardson, the county planning director.

The county has not been told that any of the maps were appealed, she added.

When the maps were made public in December 2015, the results were surprising. That was just months after a storm known as the “1,000-year flood” dropped record rainfall on the state.

In many places along the beachfront, the “base flood elevation” for the first habitable floor was actually lower. People who had built to the previous height would be able to get discounts on federal flood insurance premiums because they exceeded the minimum requirement.

Only the 11 map panels in question will be revised. Those are due to be released in October, according to Cox.

Those have to be published in the Federal Register, but there is a backlog in publishing notices.

She estimated that the appeal period will start in April.

The agency will ask the congressional delegation to help speed the process, Hewitt said, but they aren’t optimistic.

“Everytime you called, it seemed like it was always six months out,” Hemingway said.