No prizes, but plenty of spirit at inlet boat parade – Coastal Observer

No prizes, but plenty of spirit at inlet boat parade 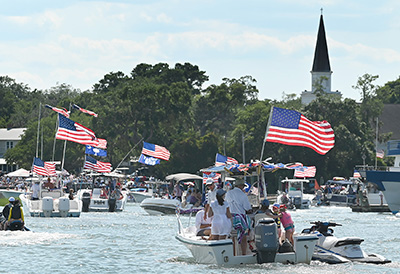 Boats head down the creek toward Belin Methodist Church.

After 39 years, the Murrells Inlet Fourth of July Boat Parade finally got straight with the law.

“We get a DNR permit every year,” said Lee Hewitt, one of the founders who co-chairs the parade committee, referring to the state Department of Natural Resources.

This year he got a call from the Coast Guard asking about a permit. The federal and state authorities were working together for the first time.

“Is this your first year?” Hewitt was asked.

After Hewitt explained the event, the caller expedited the permit, which normally takes four months.

The late Bob Hendricks, who served as grand marshal for many years, was a member of the Coast Guard Auxiliary. “He was the lead boat for 20 years,” Hewitt said.

The Coast Guard had a boat in the parade. Crew members and passengers even engaged in the water gun battles with spectators along the docks at Garden City. 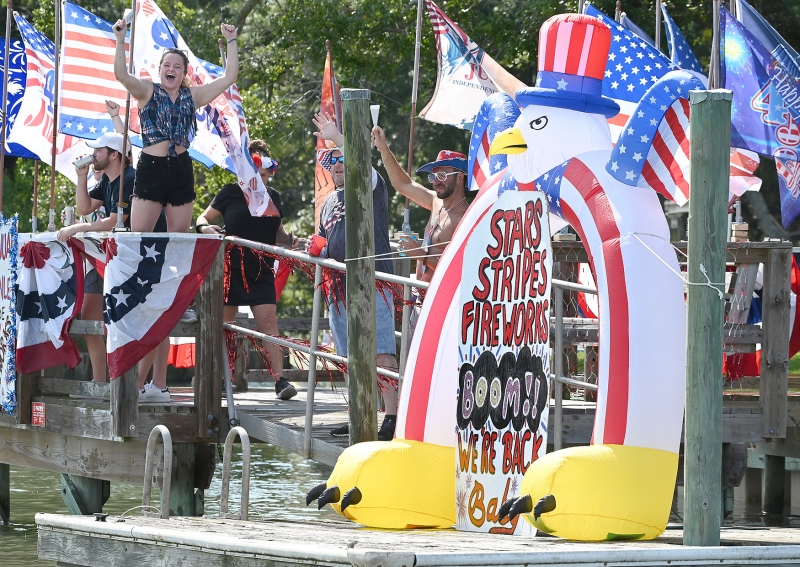 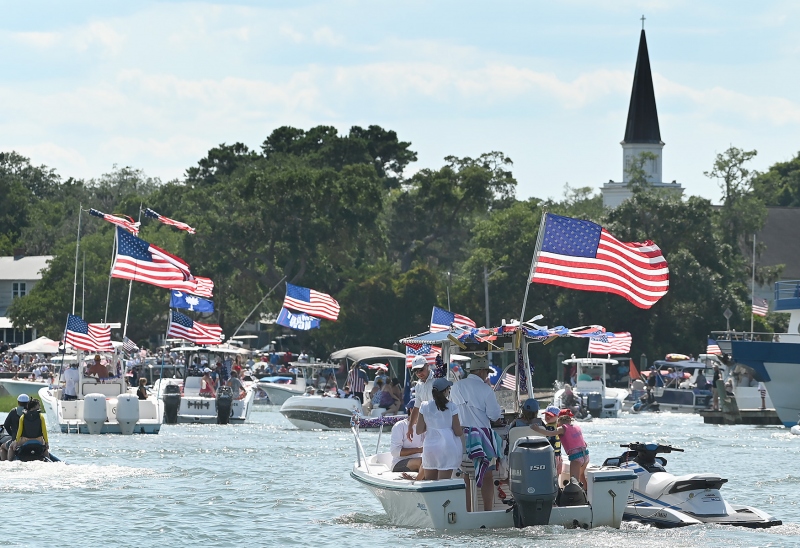 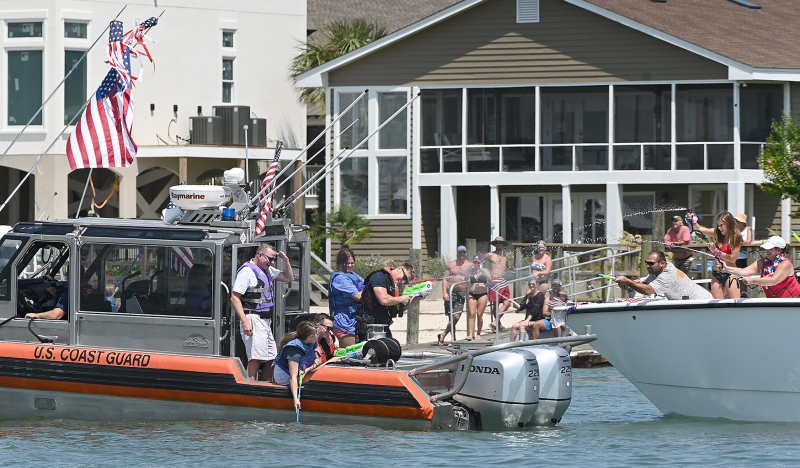 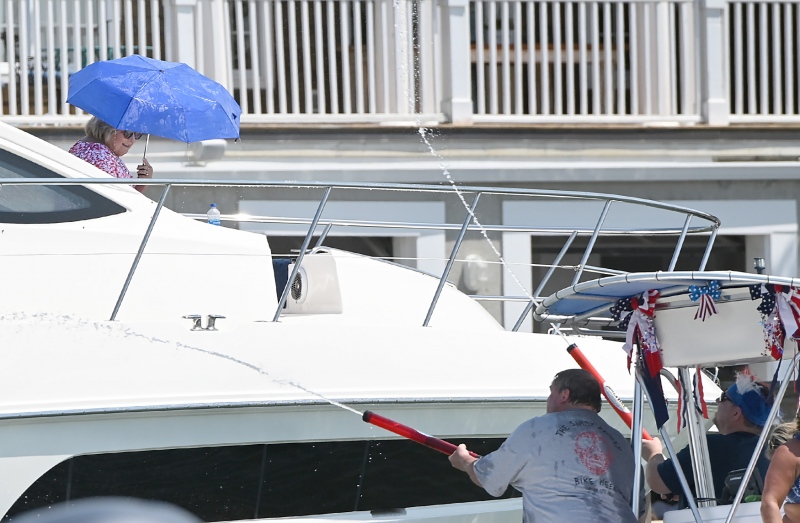 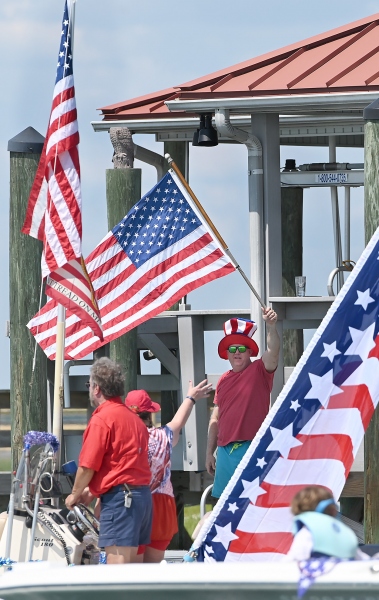 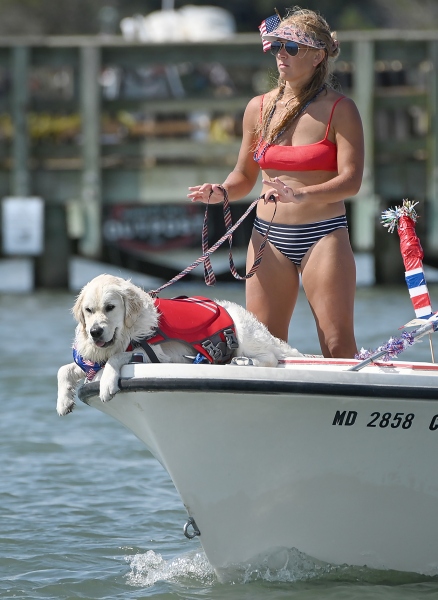 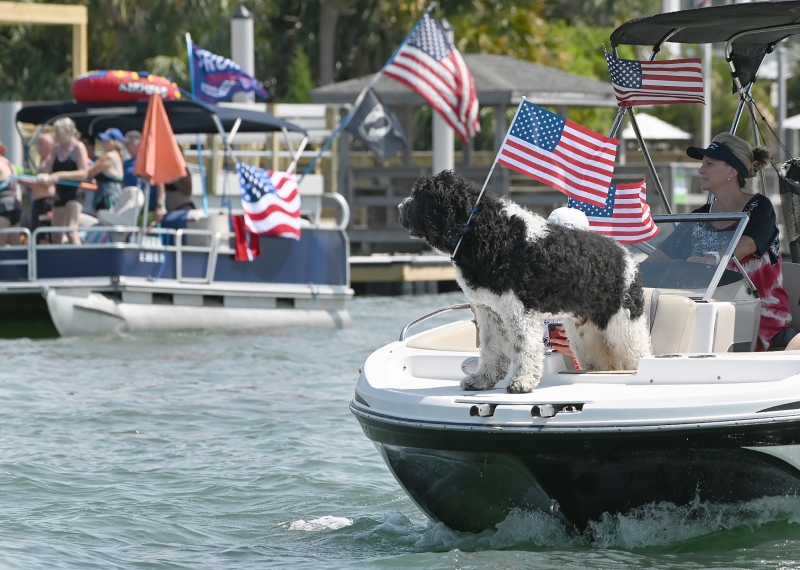 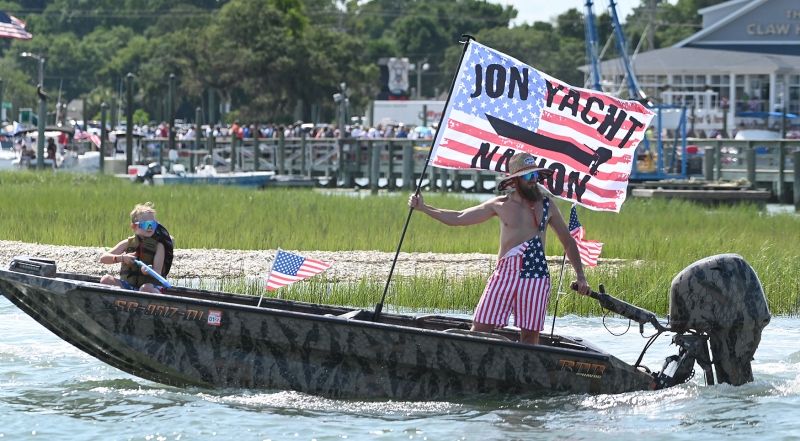 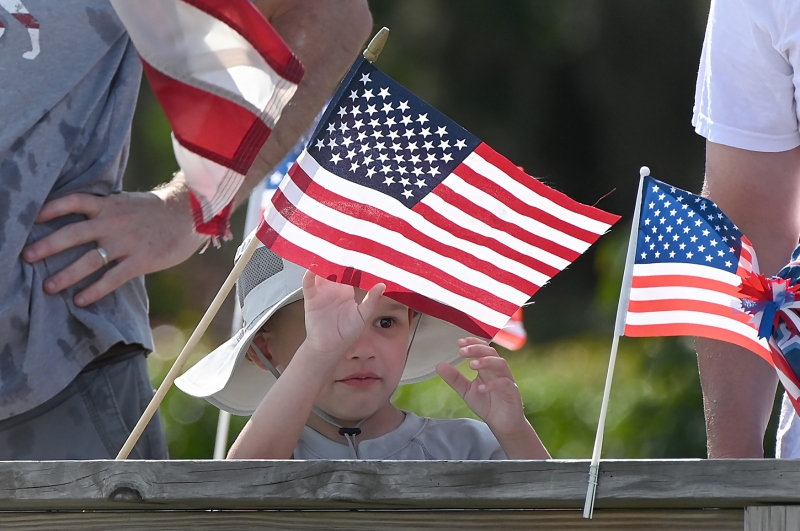 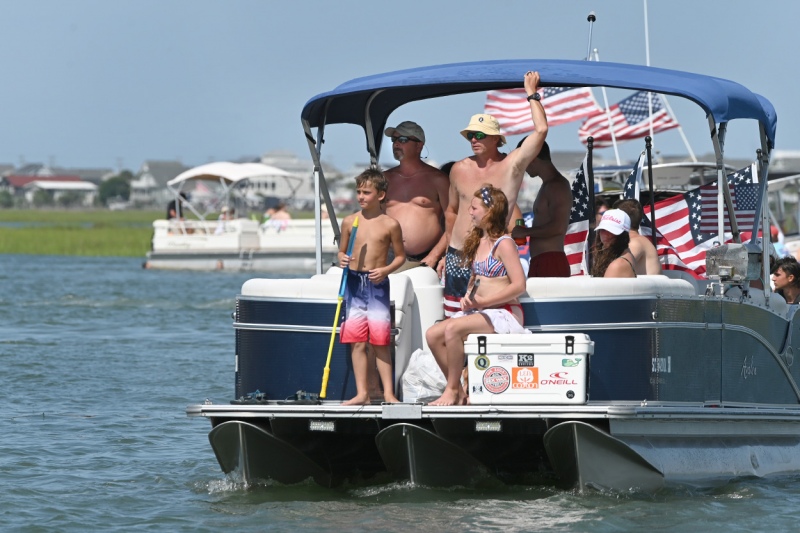 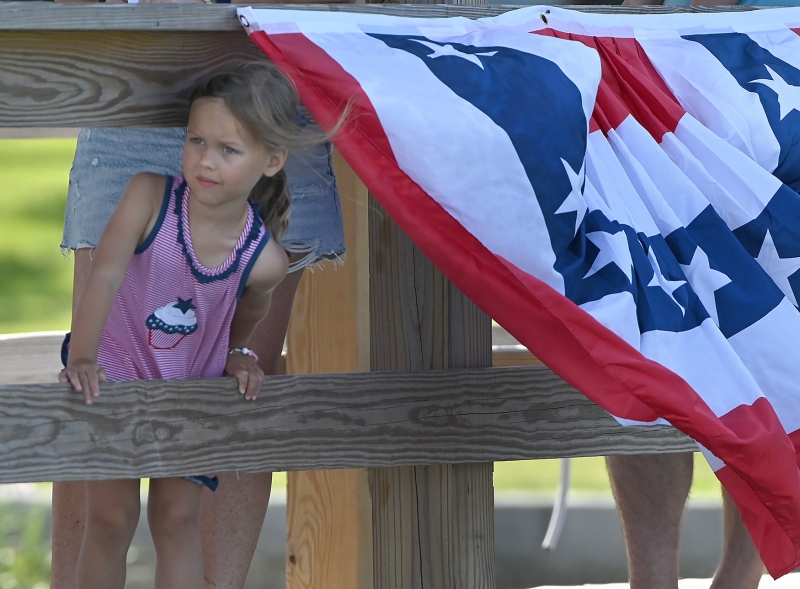 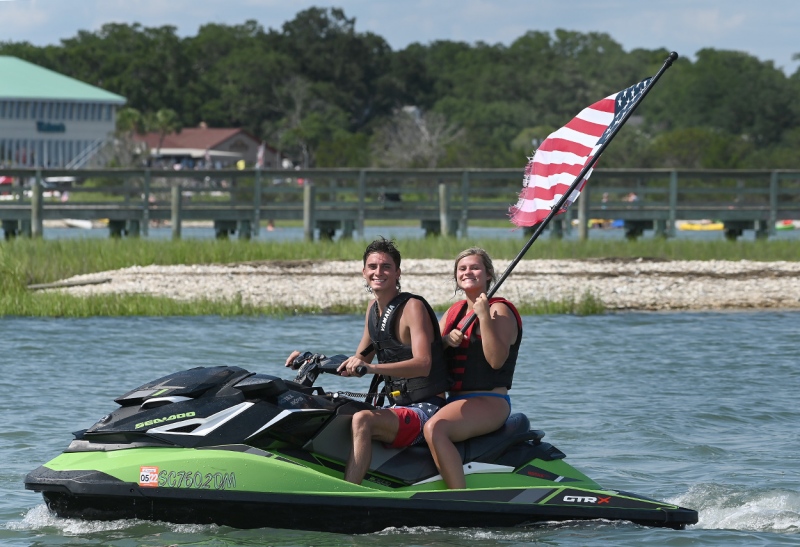 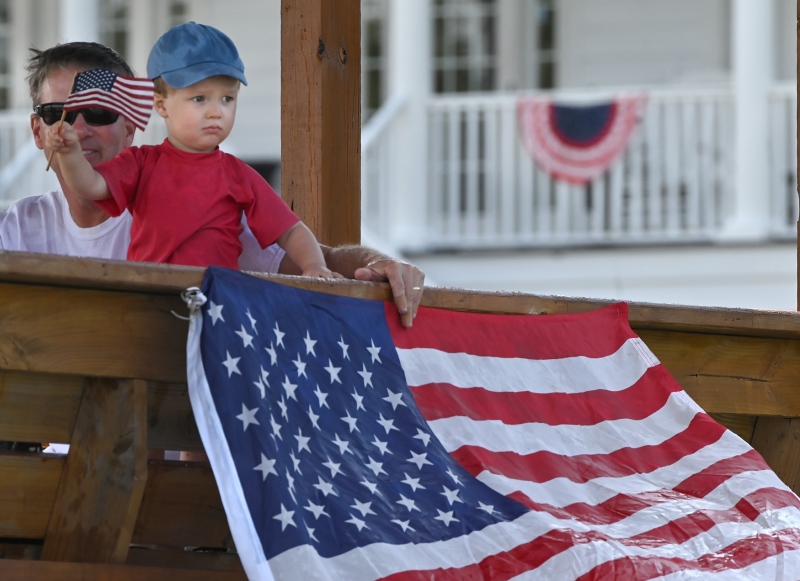 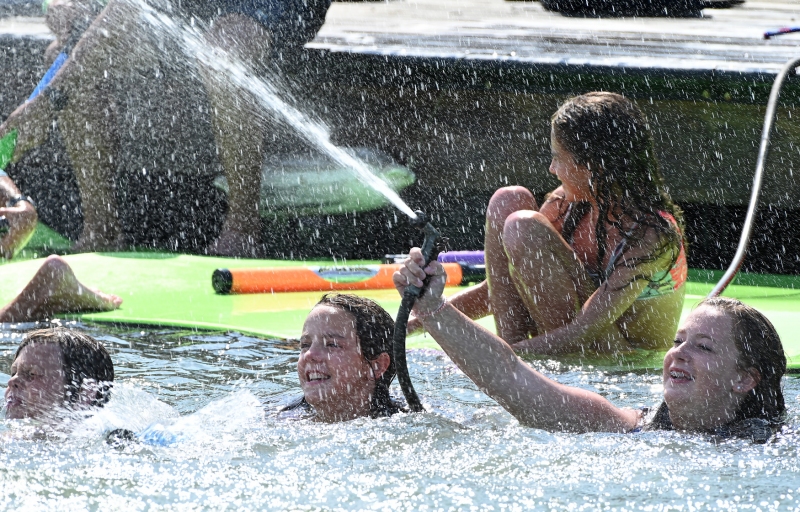 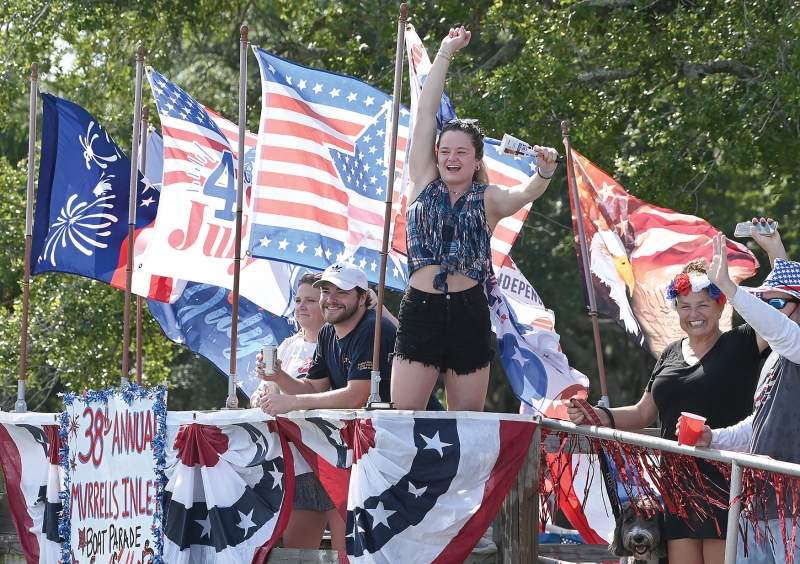 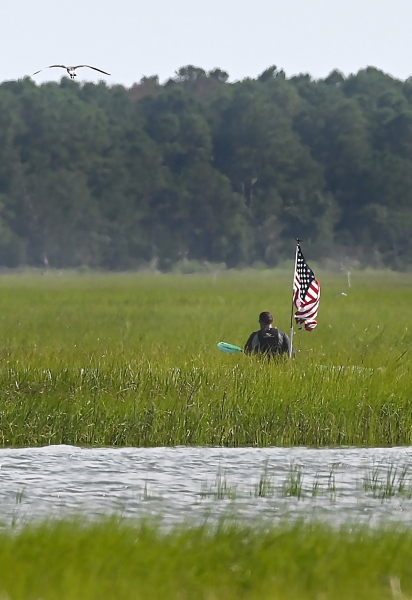 [Show thumbnails]
After a one-year absence due to the COVID-19 pandemic, the return of the parade had Murrells Inlet residents and visitors partying like it was 2019.

The theme for this year’s 38th cruise was was “Stars, Stripes and Fireworks.”

Unlike year’s past, there was no registration fee to participate in the parade. But that also meant there were no prizes.

Suzanne King and Mary Costa King came in first or second in previous parades, but didn’t decorate a boat this year because it’s a lot of work, time and money.

“Without the prizes it’s just not worth it,” Suzanne added.

The size of the crowds could have been large due to the fact that the parade started from Garden City Point at 3 p.m., five hours after the county’s only other two parades, on Pawleys Island and in North Litchfield, took place.

It took about 45 minutes for the boats to reach the Marsh Walk, which was lined with hundreds of people.

Every year the Boy Scouts and Cub Scouts based at Belin Memorial United Methodist Church sell parade T-shirts as a fundraiser.

Before the parade even started, Melissa Hixon said more than 2,600 shirts had been purchased.

She said it was wonderful to have the parade back.

“I love to see everybody out here and enjoying the day,” Hixon added. “It’s a good feeling.

People eager for a prime viewing spot behind the Belin’s sanctuary arrived before the church’s first service of the day at 8:45 a.m.

Englis Glover has been attending the parade for 20 years.

“To see this large a crowd celebrating, you know, our birthday, and independence, it’s what it’s all about,” Glover said. “It’s so much fun to see everyone excited about it. Last year it was terrible that we didn’t have it.”

After the parade passed the church, participants were greeted by the cheers and waves of spectators standing on docks, sitting in chairs in backyards, or enjoying a dip in the inlet.

The Rice family usually goes all out to decorate their dock behind Marsh Mere to compete for the best decorated dock award.

In the past, family members have put on skits or song and dance routines to wow the judges. This year there were just a few flags fluttering in the breeze.

A member of the Rice family has owned Marsh Mere since 1921 and the house has a shelf full of trophies from past boat parades.

Leon Rice thought this year’s parade was a little low key, with many of the boats lacking decorations other than American flags. He blamed the lack of originality on there being no chances to win a trophy this year.

Some Rice family members did get in on the action however. They jumped into the inlet and used a garden hose to douse people in the passing boats with water.

Alex Sobota contributed to this story.