Owners say a court bar on condemndations could end suits 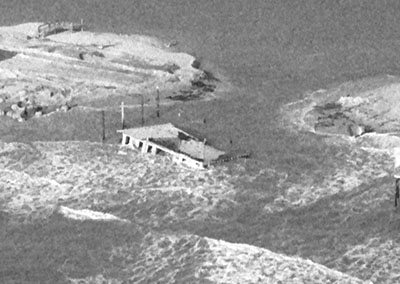 The judge cited the cut at the south end caused by Hurricane Hugo and said the owners could lose their property.

The owners of three oceanfront lots on Pawleys Island are not ready to drop lawsuits challenging the town’s efforts to condemn easements for beach renourishment even though a judge quashed one attempt and the town withdrew another.

“They’ve called the tune here, and I think it’s fair to make them do at least one dance with us,” Barry Stanton, an attorney who represents himself and two neighbors in the suits, told a judge last week.

He raised the possibility that the owners could seek sanctions and damages from the town, but said a bar on future condemnations on the three properties would end the litigation.

The town began condemnation proceedings last summer to obtain easements from Stanton, Frank Beattie and Sunset Lodge LLC that it says are needed to allow the Army Corps of Engineers to participate in a $14.8 million renourishment project that was completed last March. The Corps will install vegetation and sand fence along 1.4 miles of beach at the south end. That will make that portion of the island eligible for federal funds to repair significant erosion damage and conduct future renourishment.

The property owners challenged the condemnation, saying the procedure was flawed and the town was seeking easements that were no longer necessary because the project was already completed. The Corps told the town last month that it will move forward with its share of the work on 110 other south end parcels whose owners signed easements.

A Circuit Court judge ruled in favor of the three property owners in January. Judge Michael Nettles said the defects in the condemnation process required it to be quashed.

At a hearing last week, Stanton argued against the town’s effort to dismiss the second set of challenges.

Because the town has withdrawn the condemnation actions, “we believe the issues are entirely moot at the present time,” said Will Dillard, a Columbia attorney who is representing the town.

He told Judge Ben Culbertson that “the town is still very interested in acquiring the easements” and if it can’t negotiate an agreement with the property owners a new condemnation action will be filed. That will provide the owners with an opportunity to raise challenges.

Stanton said the property owners want to be able to depose Town Administrator Ryan Fabbri in the pending suits and decide whether they should amend their complaints to seek sanctions or damages against the town.

“We’d be tickled right now if the court would like to order this thing over with prejudice,” Stanton said.

Culbertson questioned what was left of the property owners to achieve after the first condemnation was dismissed and the second was withdrawn.

“Let’s say I deny the motion, we go to trial and you win,” the judge told Stanton. “What are you going to get?”

The owners want the town to be barred from seeking another easement through condemnation, Stanton said.

“You’re admitting you want it where the town can never condemn property for beach renourishment,” Culbertson said.

Culbertson recalled that Hurricane Hugo cut through the south end of the island in 1989, leaving one house in the middle of the new inlet. Stanton said he swam the inlet and climbed the roof of that house.

If that happens again to the lots that are subject to the condemnation, the owners would lose their property, the judge said.

“As it has always been,” Stanton said. “The beach has never depended on renourishment before.”

He added that the town’s own beachfront plans show the island has been stable.

Stanton also told the court that any benefit from a partnership with the Corps of Engineers was “completely speculative.” As such, he said it wasn’t justification for an easement.

Culbertson said he was not aware of any statute or appellate court ruling that would limit the town from bringing another condemnation.

“If we initiate a new condemnation action, it may well change in some regard,” Dillard said, such as the location or the language of the easement.

The owners say the easement that the town sought previously would allow the public to use their decks and showers.

If the court allows the property owners to move forward in spite of the fact that the town is no longer pursing that easement, Dillard said the town would have to seek the court’s approval to begin a new condemnation. That could result in one set of cases dragging on for a decade on appeal while the others move forward.

He called Stanton’s effort to bar further condemnations “moot academic issues.” He proposed starting over with “a clean slate.”

Stanton said the town is trying to prevent the property owners from deposing the administrator.

Culbertson said he has never heard of a situation “where a party is entitled to discovery where the party has prevailed on summary judgment grant the party the relief they were seeking to start with.”

He asked both attorneys to draft proposed orders and submit them by the end of next week.