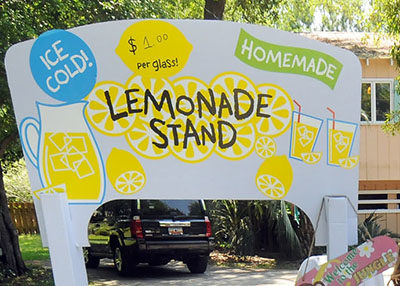 The proposed license fee would be based on gross sales.

Local business groups are seeking input from their members on a proposal by Georgetown County to implement a business license.

“We certainly would want to discuss it,” Beth Stedman, president of the Chamber of Commerce, said.

She planned to send out a survey to chamber members this week.

A business license is one of the few options open to the county to raise additional revenue. State law limits annual property tax increases to a combination of population growth and the rise in the federal Consumer Price Index. The law also caps the amount property values can rise in the mandated five-year reassessments to 15 percent.

“In terms of generating revenue, it’s the biggest thing out there,” Scott Proctor, the county finance director, said of the business license.

Georgetown County’s business license would be modeled on one in Horry County.

“I can guarantee you that it’s going to be controversial,” County Administrator Sel Hemingway said last week in rolling out proposed changes to the way the county finances operations and capital projects.

County Council members didn’t have an immediate reaction. Council Member Everett Carolina asked for a comparison of proposed business license fees charged by other counties so that Georgetown County doesn’t price itself out of the market.

Hemingway said the county frequently gets calls asking about business licenses. Callers are surprised to learn there isn’t one.

The town of Pawleys Island has had a similar experience. So has the Chamber of Commerce.

The city of Georgetown has  a business license. It raised $2.8 million in fiscal 2018.

The county expects to raise at least $1 million a year, which would help offset deficits that required drawing down reserves in the last two budget cycles.

“I’m sure it’s something we’ll want to discuss and take a position on,” said David Gundling, president of the Pawleys Island-Litchfield Business Association. “I can’t imagine the business group would be in favor. It just reduces our bottom line.”

Lee Hewitt, owner of Garden City Realty and a state legislator, has business licenses in Horry County and four municipalities. The license fees only apply to revenue generated in each jurisdiction.

His main objection is that the license fees provide another advantage for online businesses over brick-and-mortar firms. “We’re an easy target,” Hewitt said. “I don’t mind competing with anybody, as long as it’s on a level playing field.”

Stedman also questioned whether online vacation rentals would need a license. Horry County exempts people with over $10,000 in rental income from its business license if the rental property is managed by a licensed company that collects local fees and taxes.

Proctor said Georgetown County’s would probably be similar, but noted the details haven’t been discussed. “We’re trying to get the initial reaction from council,” he said. “They didn’t say much.