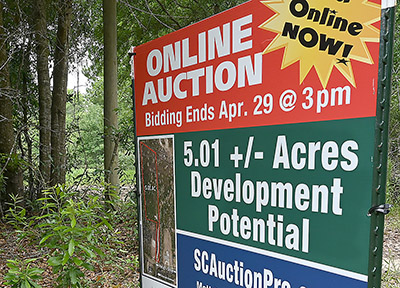 Tracts over 3 acres would be subject to the proposed regulation.

Development of tracts in the high-density residential zoning districts on the Waccamaw Neck would be required to preserve 50 percent of that property as open space under a proposal up for review today by the Georgetown County Planning Commission.

The goal is to reduce future population density, said County Council Member Bob Anderson, who asked the planning staff to draft the plan.

The proposed change to the “general residential” zoning district would apply to tracts of 3 acres or more. It was one of several recommendations made by consultants hired by the county in 2019 to study land use along the Highway 17 corridor on Waccamaw Neck.

That study by the engineering firm Stantec made the proposal as a way to improve tree protection.

“It would only apply to greenfield sites of 10 acres or more,” said Holly Richardson, the  county planning director.

There are only seven parcels of undeveloped, “general residential” property on the Waccamaw Neck that are larger than 10 acres, she said.

The staff recommended the 3-acre threshold.

The  “general residential” zoning district allows single-family lots as small as 6,000 square feet and multi-family development of up to 16 units an acre –which is based on a three-story building of efficiency apartments.

The current zoning ordinance doesn’t have open space requirements for residential developments, although it requires that 50 percent of the land for a multi-family development have a pervious surface.

Under the proposed change, developments on the Waccamaw Neck with more than 10 single-family lots or 10 multi-family units would be required to maintain 50 percent of the land as open space. That would have to be dedicated to a property-owners association or a nonprofit.

The Stantec study envisioned that the open space would include wetlands, which are already protected from development, as well as natural areas, Richardson said.

It could also include buffers, bike paths, stormwater ponds or utility easements.

The planning staff applied the proposed regulation to two parcels where developments have already been approved.

The Sunnyside Village project on 11.2 acres in Murrells Inlet has 115 units and 4.1 acres of open space.

Under the proposed change, it would need 5.6 acres of open space. The number of units would be reduced to 68 multi-family or 41 single-family.

The density would drop to 6.1 units an acre for multi-family and 3.7 units for single-family lots from 8.2 for the project’s duplex phase and 13.8 for its apartments.

For a 4-acre residential project approved off  the South Causeway at Pawleys Island, the  number of lots would drop from 14 to 11. The open space would increase from .7 acres to nearly 2 acres.

The proposal ties in with recent changes to the tree regulations, which were also intended to protect the tree canopy, Richardson said.

She also said she had not received any comments on the proposal after sending it to the commission.

If the Planning Commission accepts the proposal, it would schedule a public hearing. The measure would then require three readings by County Council, which only meets once a month in June, July and August.

The commission meets at 5:30 p.m. in the county courthouse at the corner of Prince and Screven streets in Georgetown.