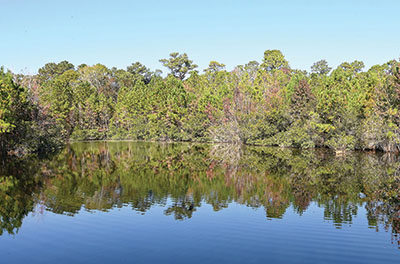 Opponents of the apartment project want the site to revert to “forest and agriculture” zoning.

Opposition to a proposed apartment complex on Petigru Drive drew attention from buyers who could use the 14.5-acre site under its current zoning, according to Georgetown County’s director of Economic Development.

“It has actually helped,” said Brian Tucker. “There are one or two prospective users who wouldn’t have to go through the rezoning process.”

That process brought opposition from area residents, including 900 who signed a petition, to a plan for 182 apartments. The developer, Graycliff Capital Partners, withdrew its rezoning request last week.

The county bought the property in 2016 with a $950,000 loan from Santee Cooper in order to create a technology park. That plan fell through when its partner in the project, the tech firm Mercom, ran into financial problems. The land is held by the nonprofit Economic Development Alliance, which is controlled by the county.

The alliance last year recommended the county sell the property for $1.38 million to Graycliff, which developed Litchfield Oaks and Waterleaf in Murrells Inlet.

The current “planned development” zoning allows for 167,700 square feet of office, warehouse and commercial space. Graycliff argued that the apartments would be a less intensive use that would reduce traffic and stormwater runoff from the approved plan.

Opponents argued that the zoning change should be based on the impact of the apartments and a proposed 10,000-square- foot commercial building on land that is currently vacant.

The Planning Commission voted 5-0 in November to recommend denial of the rezoning, citing the goal of the future land-use plan to limit the growth of residential development on Waccamaw Neck.

The request was deferred before County Council could debate it, then withdrawn.

The reason for the deferral was to give Graycliff time to revise the plan to include more affordable housing, said Paul Aiesi, a principal in the firm.

“I know we could have done an affordable project there,” he said, but added that there wasn’t support from the council.

The project initially included eight units that qualified as workforce housing, that would be rented below the market rate. The COVID-19 relief package passed by Congress in December included a change to the low-income housing tax credit.

Developers can sell the credits to raise equity. Congress fixed the minimum rate for those credits at 4 percent, making them more valuable to investors.

“It put it within striking distance,” Aiesi said.

To qualify for the credits, 20 percent of the tenants would have to have incomes that are half the area’s median income or below or 40 percent would have to have incomes of 60 percent of the median or below. The credits are offered through the state and there are four windows to apply each year. Aiesi said Graycliff was prepared to alter its schedule to move the Pawleys Island project to the front.

“I think they lost out on an opportunity,” Aiesi said. “I know a project like this would be beneficial.”

While the Economic Development Alliance forwarded the plan to County Council, Tucker said he was neutral in the rezoning debate.

“We’re going to start with circling back to the handful of groups that have reached out to us while it’s under contract” to Graycliff, he said. “All of those things would be less intense than the current plan spells out.”

The tech park plan was created to show the maximum use, Tucker said, “what was possible rather than what was likely.”

The citizens group Keep It Green, which led the opposition to the rezoning, will now focus on getting the county to revert the property to its former zoning, which was “forest and agriculture,” said Cindy Person, a leader of the group.

“It should have been done long ago,” she said.

“The over-arching theme is that we still have all the traffic issues and the stormwater issues,” Person said. “We think the county needs to take a step back until all the data comes in.”

While the ordinance requires the Planning Commission to review inactive planned developments, it has the ability to grant more time if it receives “cogent reasons.”

While Tucker isn’t sure how long it will take to strike a deal with another buyer, “we don’t have a shortage of interest,” he said.

Meanwhile, Graycliff started work on a second phase at Waterleaf, with 143 two- and three-bedroom townhouses. While Aiesi said they were portrayed by opponents as out-of-town developers, they will continue to work in the county.

“We’re standing by for this site or anything else that makes sense,” he said, but added “we’ll be very cautious about a rezone.”