Rezoning for apartment complex up for a vote – Coastal Observer

Rezoning for apartment complex up for a vote 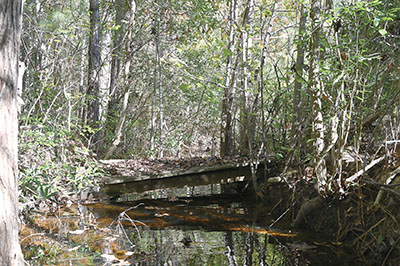 A wetland runs across the back of the 28.2-acre tract.

A plan to rezone property on Petigru Drive from a tech park to an apartment complex faces opposition from two local members of Georgetown County Council. The third is still undecided.

The council is due to give second reading next week to a request from Graycliff Capital Partners to change the “planned development” zoning for 28.2 acres to allow 182 apartments. The property is owned by the county Economic Development Alliance, which planned to create a technology park in partnership with Mercom, a firm that has an office on an adjacent parcel.

The alliance bought the property with a $950,000 loan from Santee Cooper. After Mercom ran into financial problems, the county looked for other partners for a project that would bring jobs to the area. The alliance board rejected an initial offer from Graycliff in 2019, but voted last year to let the council decide whether to make the change.

Council Chairman John Thomas, who sits on the alliance board, opposed the plan both times. “The public doesn’t want high-density development there,” he said.

Thomas favors a proposal made to the alliance board by the Pawleys Island Festival of Music and Art to use the site as a venue for performances.

“I guess that’s a long shot,” Thomas said. “Keep our fingers crossed. Maybe that could happen.”

Graycliff offered $1.38 million for the property, contingent on a zoning change.

The Planning Commission voted 5-0 in November against the change. Members said the request ran counter to the goals of the land-use plan to limit high-density development on Waccamaw Neck.

The county should compare the apartment plan to the 167,700 square feet of office and warehouse space allowed under the existing zoning, Seth Peterson, development director for Graycliff, told the commission last year.

Members of the citizens group Keep It Green say that’s a false comparison.

“He was talking about their proposal being less dense,” said Cindy Person, a leader of the group. “This needs to be compared to what it is, which is a vacant piece of wetland.”

In the audience for the commission meeting was Bob Anderson, who won election last year in Council District 2. He was due to be sworn in today and the rezoning is due to be on the agenda for his first meeting Tuesday.

Anderson said his initial concern was for high-density development. He walked the property, which includes a 2-acre pond, last month. He said the immediate focus should be stormwater.

The property sits along the natural watercourse that drains stormwater from the center of the Pawleys Island mainland to the Waccamaw River. “We’ve got to back off,” Anderson said. “We need to do some studies before any impervious structures go on the property.”

The council approved a contract last month with the engineering firm Thomas & Hutton to create a stormwater master plan for the Waccamaw Neck. The firm also did the preliminary engineering for the proposed apartments.

Anderson said he also has concerns about high-density development and wants the county to reduce its limit on residential development from a maximum of 16 units an acre to six units. But for the Petigru Drive tract, he wants the stormwater issues to be addressed first.

“Fortunately, that piece of property belongs to the citizens of Georgetown County, and we’re not forced to do anything at this time,” Anderson said.

Council Member Steve Goggans said he had not made a decision.

“I’m torn,” he said. “We need housing in this community.”

Nine of the 182 apartments would be designated as “workforce housing” and rented below market rates, according to Graycliff.

“This is the last opportunity to do a project like this in the community,” Goggans said. “If I saw several of these coming, I would be apprehensive.”

But he added that he would prefer to see more of a mix of residential and commercial uses on the site. The Graycliff proposal is common to the industry, Goggans said, which likes to work in blocks of about 200 units.

Goggans doesn’t see a future for the tech park. “It would take a significant player to make that a reality,” he said.

Although the alliance board agreed to allow Graycliff to seek the rezoning on its behalf, Brian Tucker, the county director of Economic Development, said the apartments are not a county project. “I have done no lobbying one way or another,” he said.

In that way it is unlike the 948 acres on the Sampit River that the county rezoned in 2018 for an industrial park. “I was the biggest cheerleader during that process,” Tucker said. “This case is very different.”

If the council rejects the Graycliff plan, Tucker said he will look for another commercial use.

“I think we will have interest again,” he said. “We’re fortunate that we live in an attractive place that people want to come to.”