Sales tax drops by a penny after 4 years – Coastal Observer

Sales tax drops by a penny after 4 years 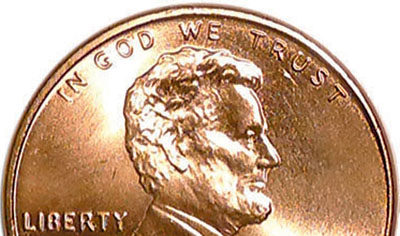 A 1-cent local sales tax is proposed to fund capital projects in the county.

Shoppers in Georgetown County awoke Wednesday to a 14 percent tax cut.
A 1-cent capital improvement sales tax adopted by voters in 2014 expired on April 30. The sales tax rate is now 6 percent.
The extra penny was intended to raise $28.2 million for a Murrells Inlet dredging project, road improvements, rural fire stations and a fire station for the town of Andrews. It also included $6 million to match federal and state funds to dredge the ship channel through Winyah Bay, a project that was dropped after the cost estimate from Army Corps of Engineers doubled to $66 million.
Sales tax revenues exceeded estimates, raising about $40 million, according to the state Department of Revenue. The original list of capital projects was created by a committee appointed by County Council. The council itself will have to decide how to spend the surplus, but it is required to keep spending in line with improvements approved by voters.
“We’ve got to figure out how to spend the excess revenue wisely,” Council Chairman John Thomas said. “Hopefully people would look upon another round favorably.”
There is one major project outstanding: the Andrews fire station, which is budgeted for $1.5 million. No work has started. The county will have to fund that project before it can address the surplus, which is estimated to be about $18 million.
Some people are already making plans for another round of the penny tax. Henry Thomas, a Pawleys Island resident, asked County Council last month to use the capital improvement sales tax to address flooding and beach erosion.
Bill Hills, a member of the County Transportation Committee, urged his colleagues this week to support another 1-cent tax. The committee allocates the local share of the state gas tax to county and state road projects. It has a list of over $30 million in projects. It gets a little over $1 million a year in revenue.
“Support putting every penny from this sales tax into our roads,” Hills said. “This is the only way we’re going to get good roads in Georgetown County.”
The committee won’t meet again until October, because it will take that long for enough money to come in to fund a meaningful project.
“We pinch pennies,” Hills said.

Note: This article was corrected from the print edition. The date of the sales tax referendum was 2014, not 2016.