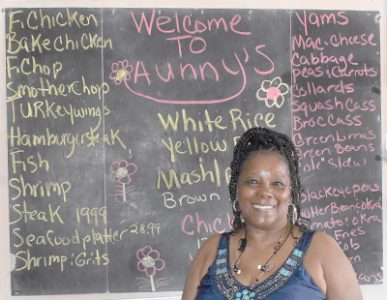 A local initiative is working to preserve the heritage and culture of the Gullah Geechee people in Georgetown, while also tapping into a potentially billion-dollar tourism industry.

Hemingway said the trail is an infrastructure that will be put in place to help the promotion and development of African American and Gullah Geechee businesses and communities.

A 2020 report conducted for the federal Gullah Geechee Cultural Heritage Corridor put the potential economic benefit of tourism in communities at $34 billion.

“One percent of 34 billion is $34 million, so we don’t even have to get 100 percent,” Hemingway said. “We have to put an infrastructure in place and that infrastructure means the Gullah Geechee Seafood Trail needs to be a part of this.”

Hemingway led a kickoff for the trail in Georgetown last week.

“The Gullah Geechee Seafood Trail has a foodway and website, so we want people from around the world to come to the Gullah Geechee Heritage Corridor,” Hemingway said. “Putting heads in beds and foot traffic through doors.”

The corridor is a federally recognized National Heritage area, containing parts of North Carolina, South Carolina, Georgia and Florida. Gullah Geechee is used to describe a group of people who are the direct descendants of enslaved individuals from West and Central Africa.

Georgetown was one of the top cultivators of rice due to the labor of enslaved Africans.

Starting in Georgetown, the trail will make its way along the coast of South Carolina until year two, when the trail will begin making its way to other parts of the Corridor.

The Gullah Geechee Seafood Trail has people in the community excited for its potential.

“It’s just a heritage that we just don’t want to die and get lost by the wayside, and so we’re going to do all we can to keep it alive,” said Andrea Johnson, owner of Aunny’s Country Kitchen on Front Street in Georgetown.

Johnson was one of four restaurants at the event, and she prepared shrimp and grits. She said the trail would help sustain the economy of Georgetown by providing word-of-mouth promotion of the restaurants.

Zenobia Harper, a partner and collaborator on the trail, is looking forward to what the initiative can do for the Gullah Geechee people of Georgetown and connecting all states and cities of the corridor together.

“I am hopeful that it would help to number one: raise awareness about Georgetown’s contributions to the culture, who we are, so that we’re not always thought of as an appendage to Charleston or other places,” Harper said. “We have our own unique history, and so I hope that it raises awareness about that on a national scale.”

Several phases of the trail are underway. The first event was held in Charleston, with the second in Georgetown. The next installment will be in Beaufort later this year. Focus groups on the interest in Gullah Geechee cuisine and businesses will continue around the state.

The S.C. Sea Grant Consortium helped Hemingway receive a two-year grant from the National Oceanic and Atmospheric Administration for $283,000.

Hemingway said year one is the research and development phase of the trail, providing entrepreneurship and business classes, data collection and kick-off events. Year two, 2023, is when a website and the trail will be fully operational.

Hemingway works to expand environmental knowledge around the Gullah Geechee heritage as well.

“We cannot do any of this if we do not nurture the environment,” Hemingway said. “Our ancestors were brought here because they knew how to control the water and manage the land. And if we don’t get that together, all of this is for nothing.”

Hemingway has partnered with Coastal Carolina University, the Consortium, Gullah Geechee Nation and other local entities to help with her environmental goals.

“It just goes into the trash,” Neal said. “You can’t dispose of plastic like that, you have to recycle it. These are some of the things we’re working on.”

The goal is to provide more sustainable housing options, especially for older homes that have “stood the test of time.”