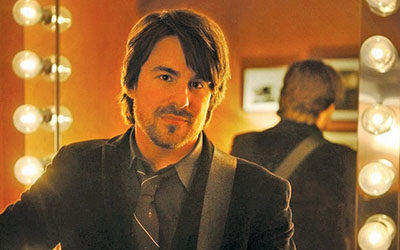 Jimmy Wayne grew up in the foster care system.

Wayne, 42, has a special connection to the nonprofit: he spent a great deal of his youth in North Carolina’s foster care system and said not much has changed since then.

“Unfortunately we have very irresponsible people having kids that end up in the foster care system,” he said. “We’re going to get what we sow.”

As children, Wayne and his sister were often abandoned by their mother, who suffered from mental illness and would either disappear or be incarcerated. The siblings alternated between the foster care system and homelessness. Wayne credits music with saving his life, since all the friends he had as a child are either dead or in prison.

One day when Wayne was a teenager, one of his closest friends, whom he called a “reckless troublemaker,” invited him along on an errand.

“Something that day told me not to go,” Wayne said.

Thirty minutes later Wayne’s friend was murdered. “We were tight,” he said. “He was the first guy who recorded me singing.”

Wayne eventually settled into one foster home, graduated from high school, worked as a corrections officer and earned an associate’s degree in criminal justice from Gaston College in Dallas, N.C. He moved to Nashville in the mid-1990s to pursue a career in music. After years of writing songs for other artists, he released his first CD in 2003.

Wayne will perform a free concert at Pawleys Island Community Church April 26 at 7 p.m. During the show he will talk about his life and his experiences.

“It’s not about me. I don’t say ‘hey look at me,’” Wayne said. “It’s an incredible story. I think everybody will be inspired.”

Wayne hopes that people who attend the concert will want to donate to Tara Hall, become a volunteer, or give a foster child a job.

In 2010, Wayne walked 1,700 miles from Nashville to Phoenix to raise awareness about kids who “age out” of the foster care system when they turn 18. He has lobbied across the United States to get the foster care age limit raised to 21. So far 24 states have enacted different levels of extended care.

In California, people over 18 can stay in the system until age 21 as long as they are working.

“California has completely led the way. It’s the first [state] to step up when it comes to any kind of charity,” Wayne said. “It’s set up to help kids who help themselves. … We have to focus on kids that want to help themselves.”

Wayne wrote about his experiences in “Walk to Beautiful: The Power of Love and a Homeless Kid Who Found the Way,” which was published on 2014. The book begins when Wayne was living with his family just outside of Georgetown County in Johnsonville.

“It played a major role in my life,” Wayne said, adding that it was a happy couple of years for him and his sister since his mother was in a stable relationship.

Chris Southard of Pawleys Island heard Wayne speak about the book in Nashville and talked to him about Tara Hall.

“‘Walk to Beautiful’ has connected me to many people and opened many doors,” Wayne said.

Tara Hall residents have chores to do, just like Wayne did when he was a kid.

Earlier this month talk show host Kathie Lee Gifford bought the rights to ‘Walk to Beautiful’ and plans to turn it into a movie.

“It just makes sense to me to have someone who is not afraid to claim their faith in public like she does,” Wayne said. “It’s very exciting.”

“That could very well had been the story of any one of our more than 700 boys,” Dumm said. “It’s a perfect connection for Tara Hall and celebrating our 50th anniversary.”

The second part of this week’s Tara Hall celebration will be the eighth annual Paddle Fest on Saturday. Participants should park at Tara Hall and take a shuttle bus to the launch site. Paddlers can launch beginning at 9 a.m.

After the four-mile excursion is over there will be a party with food, music, kids activities and kayak and barrel races at the Tara Hall campus until 5 p.m.