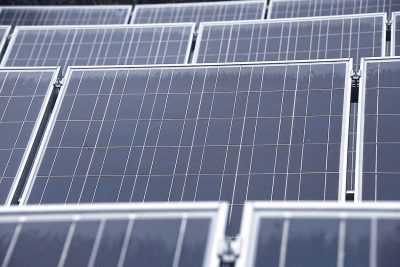 A solar farm planned for a 2,000-acre timber tract in rural Georgetown County will be the largest in the state, the Planning Commission was told last month.

The project being developed for Santee Cooper by Silicon Ranch, a Tennessee company, will generate 200 megawatts of electricity from about 600,000 solar panels.

The commission recommended approval of a zoning change to allow the facility on the property along Highway 17-A in the Lambertown community. Two of the seven members abstained after hearing from area residents who said the commission’s public hearing was the first time they had received any information about the project.

“We’ve heard rumors, but nobody’s supplied us with any information,” Bernard Sims told the commission. “Nobody knows what’s going on. This is a new thing.”

Silicon Ranch has developed solar farms across the country. The Lambertown project is its first in South Carolina. It was created after Santee Cooper set a goal in 2020 of providing 1,500 megawatts of solar power. Silicon Ranch won the bid to provide 200 megawatts. That’s enough electricity to power over 32,000 homes, based on industry estimates.

It takes 10 acres of solar panels to generate 1 megawatt of power, said Blair Wade, an associate of the engineering firm HDR who had worked on the permitting for the project. The Lambertown facility will consist of two 100 megawatt farms that will cover 1,200 acres. The remainder is wetlands or buffers. The electricity that’s generated will be low voltage so it won’t pose a threat to wildlife, Wade said.

“We are in business to address climate change and save our environment,” Michael Baute, vice president for land management at Silicon Ranch, said. Fencing around the solar arrays will be designed to allow small animals to go under the fence, but keep out deer and larger animals.

The farms will also have bat boxes and raptor perches. The raptors help control the rodents that could chew on the wires, Baute said.

William Nelson, an area resident, said wildlife was his main concern. The property, now owned by Santee Timberlands, has had the timber harvested, but eagles are starting to return, he said.

The fencing will only enclose areas with solar panels, so Baute said wildlife corridors can be created across the property.

Becky Ryon, north coast director of the Coastal Conservation League, endorsed the project, noting that Santee Cooper is scheduled to close its coal-fired Winyah Generating Station in 2028. “This is a great opportunity for Georgetown County to transition away from coal,” she said.

Georgetown County adopted zoning regulations for solar farms in 2018 after hearing there was interest from energy companies. They can be located in any area over 3 acres that’s within 2 miles of a transmission line provided they meet the regulations, which include a 200-foot setback from the property line. The solar facilities can’t be more than 15 feet high.

The Lambertown facility doesn’t include facilities to store energy produced by the panels, but that could be added, said Connor Echols, the director of project development for Silicon Ranch.

The panels are designed to last 40 years. After that, they will be recycled.

The county ordinance also requires that solar farms have a decommissioning plan. There will be an agreement signed that the panels will be removed within 12 months if the facility stops operating, Echols said.

Residents also questioned the potential for health hazards and impacts on the weather from the solar generation. Echols said studies have found no impact, and he added that no impact has been found on the value of adjacent property, either.

Construction of the farm will require 300 to 600 workers, but once completed, there will only be maintenance workers at the site. The operations, including the movement of the panels to track the sun, will be done remotely, Echols said.

“They are monitored closely,” he said.

Echols told her there aren’t any in South Carolina.