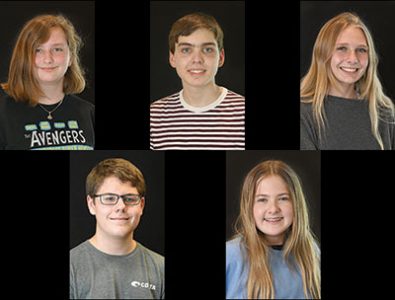 The top poems in this year’s Friends of the Waccamaw Library contest have a more serious tone than in year’s past.

Cathy Filiatreau, the nonprofit’s poetry chairman, said that is a reflection of students who spent the last year dealing with the COVID-19 pandemic and all the challenges that came with it.

This was the 12th year for the contest, which attracted 71 entries from middle schoolers on the Waccamaw Neck. The five top poets are all students in Elizabeth Intrieri’s class at Waccamaw Middle.

“That Night,” by Taryn Yonker, tackles the subject of sexual assault. Taryn added a note at the end of the poem to let the judges know that she was not in a “bad mental state,” she just wanted to spread awareness.

“All my friends are asking me if I’m OK and they take it really seriously and that makes me happy that makes me realize that they’re focusing on it and people might start taking the topic more seriously,” Taryn said.

Hope Joyce wrote “Everlasting Change” to encourage people to just be themselves.

“I was thinking about how there’s a lot of hate in the world and how some people change themselves for others,” Hope said. “They shouldn’t do it. They should love themselves.”

Stella Eubanks, who is a dancer, thought about the feeling she has right before she goes on stage to perform when she wrote “Anticipation.”

Jacob Hancock put some “random thoughts” on paper and came up with “Life to Death.” He said winning the contest was a good thing, especially when he found out he wouldn’t have to read his poem out loud in front of people.

Steven Paris didn’t think his poem, “America,” was very good, so he was excited when he found out he won.

“I like that you get to learn about past events and people and how we’ve improved from that time,” Hope said.

“I think it’s cool to learn about history and the things they had that we don’t have now and the things we have now that they didn’t have than,” Steven said. “How things have adapted.”

Taryn, Hope, Jacob, Stella and Stevie each received $50, a book of poetry and a journal. 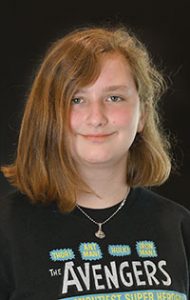 Human nature will continue to change

But what gives you the right to change for someone else

Change themselves to please others

Convince themselves it was for the better

Do you feel ashamed of the real you

You shouldn’t, so don’t

Live for yourself not others

If you continue to change for others

Don’t change for others

You are yourself, I am me

Sometimes that’s all we can ever be 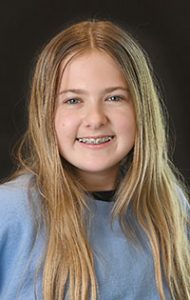 The cables have come undone,

I feel the transmissions from across the landscape

But no one is receiving

While the winds whip

And the trees cover their heads

I stand; The hope

That everything will be ok

Once the storm passes

Here I am, standing still

When the sound pulses and thrums,

Everything outside becomes silent and serene.

There is only flash and current:

And in that instant lightning polarizes every vein. 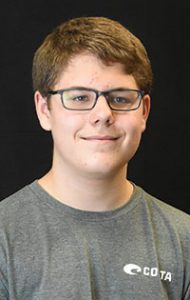 From life to death

From death to dust

Everything fades into nothing

Nothing changes to everything

The cycle is endless

There is a price on everything

What is the cost to live

What is the cost to die

There is a price on everything

But is the price high

How many eyes are watching

How many laws are broken without justice

How many truths are buried under a mountain of lies

How many questions are never answered

What do you do to escape reality

What False fantasies take your mind

We may believe our own lies

But what is truth

And what is lie 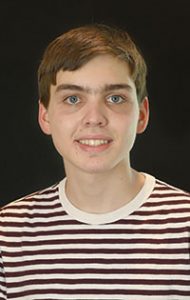 Birthed from the flame of revolution

twelve score and four years ago,

great peacemaker of the west–

in one hand she holds aloft the torch of freedom and

in the other the scales of justice.

Those who dare oppose her, now lay below the crashing waves;

countless brutal wars has she fought.

Though her dark past is dominated by inequality,

in her future lies a world of equality.

For the tide has turned;

The blindfold of ignorance has fallen

on this new freedom. 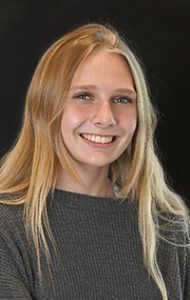 But I never said no

I wasn’t even in control

That night took me as a whole

When it happened I lost my soul

Tears were streaming from my eyes

I had no control no matter how hard I tried

Now can’t look him in the face

When I do I feel disgrace

But I keep going and wear the same skirt

Am I wrong to question who’s fault

Or do I just continue to feel halted

I never said no

But in the end the question stands

Did I have control?

* This poem was written to spread awareness on rape and sexual assault. In no way am I in a bad mental state.