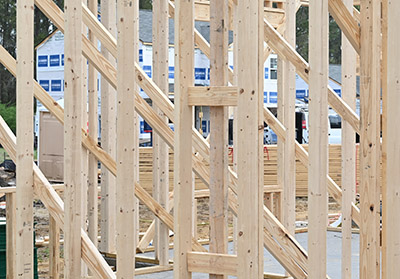 Most of the survey participants want to see future growth in rural parts of the county.

None of the above was a popular choice for Waccamaw Neck residents who completed a survey of future land-use needs conducted by Georgetown County last year. About 60 percent said no more commercial or residential development is needed.

What they want more of is zoning regulations that protect natural resources. That was the choice of more than 80 percent of those who responded.

“I don’t think that was a surprise,” said Holly Richardson, the county planning director.

The survey was conducted between November and January and drew 1,852 responses. Waccamaw Neck residents accounted for 1,289 of those. The goal was to restart the update of the land-use element of the county’s comprehensive plan. The county is required by state law to update all 10  elements of the plan. The current land-use element was adopted in 2007.

The volume of response from the Waccamaw Neck wasn’t a surprise either, Richardson said. The planning staff tried to encourage churches and community groups in the western part of the county to get their members to participate.

“We didn’t get the geographic range we hoped for,” she said. “It certainly affects the whole of Georgetown County.”

The land-use update was already behind schedule when the coronavirus pandemic brought a halt to public meetings. The process was halted in November 2020 after Waccamaw Neck residents said preliminary results didn’t reflect the community’s goals. Some said they weren’t given the chance to pick a no-growth option.

The land-use element of the comprehensive plan sets out goals that the county is supposed to implement through its zoning ordinance.

A summary of the results of the survey was presented to the Planning Commission last week. It will schedule a workshop to discuss them.

Natural resources were a driving factor in many of the responses. They were listed as the most important feature of Georgetown County by 96 percent of the respondents. Protecting natural resources was cited as a top priority among land-use issues by 63 percent. Preserving the natural beauty was mentioned in 40 percent of the vision statements that people were asked to draft to guide growth over the next 20 years.

One unidentified resident’s statement envisioned the county as a “green hub” for the region “because of the leadership in the county recognizing natural resources are the driver of its tourism-based economic engine.”

Over 50 of the surveys responded to the vision statement with language provided by the citizens group Keep It Green, which began with the preservation of resources and ended by rejecting high density development.

The most popular form of development for Waccamaw Neck residents was residential development in the rural areas of the county. That had support of 38 percent of the respondents. That was slightly less than the number who said the county needed less rural development.

Nearly half the people who said they live in the rural areas said they want to see more development.

Once a draft of the land-use element is ready, the Planning Commission will hold meetings around the county to get public input. That will give members the opportunity to gauge whether the surveys reflect wider public sentiment.

“We don’t want to say we’re devising our land-use plan around the survey,” Richardson said.

Multi-family development, including townhouses, was rejected by almost every section of the county. On Waccamaw Neck, about 80 percent of respondents said the county needs less of that type of development. Only Andrews, where 13 people completed the survey, indicated a need for more multi-family. In the city of Georgetown, opinion about townhouses was split. About 40 percent said more are needed, 40 percent said less are needed and 20 said the same amount is needed.

Asked where population growth should take place in the county, over a third of the respondents said rural areas. Just over a quarter said in and around the city of Georgetown. Waccamaw Neck was the choice of fewer than 4 percent of the respondents as the location for .

Gentrification was a concern for most of those who took the survey, with more than a third saying they were very or extremely concerned. One unidentified respondent proposed encouraging “growth that adheres to the culture of our county” and creating more affordable housing for long-time residents.

“Put an immediate end to the ‘I moved here now shut the gates and don’t let anyone else in’ mentality,” the response said.

One took a different approach.

“Gentrification in my area is the reverse. Pawleys Island was an upscale community. When Tract Builder was allowed to replace individual custom home builders it started to decline,” one resident said.