They said they would sue, now they have – Coastal Observer

They said they would sue, now they have 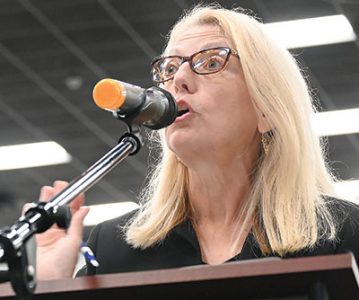 A group of area residents has gone to court to overturn Georgetown County Council’s rezoning of property along Highway 17 to allow smaller lots for residential development.

The suit was filed last week in Circuit Court by Keep It Green Advocacy, a nonprofit law firm that spun off from the citizens group Keep It Green.

Keep It Green is joined by three couples that own property in The Colony and that community’s homeowners association in asking the court for a declaratory judgment that the county violated its own ordinances and procedures in approving the zoning change for 14.8 acres owned by Benjamin Goff. The zoning was changed from “residential half-acre” to “residential 10,000 square feet.” The county also changed its future land-use map to designate the parcel “medium density” rather than “low density.”

The council’s vote angered residents who had signed a petition and sent emails to the county in opposition. Some left the council’s second reading threatening to sue.

The Colony tract “planned development” zoning was changed by the county in 2013 to allow lots as small as 8,000 square feet. That also required a change in the land-use maps from low to medium density.

Affidavits from the three adjacent property owners say they paid a premium price for their larger lots. They say the value of their property will be diminished by the rezoning of the Goff property.

The suit restates many of the arguments made by the plaintiffs at public hearings last year before the Planning Commission and County Council. They say the zoning change violates the land-use element of the county’s comprehensive plan, which states “the key now is to limit the number of new residential units that are added” in the Pawleys Island area.

“This restrictive language was deliberately included in the Comprehensive Plan because the South Waccamaw Neck was then and is now facing unprecedented population growth resulting in critically overburdened infrastructure” including roads and stormwater facilities, the suit states.

In addition, the county failed to establish “public necessity, convenience, general welfare or good zoning practice” as its ordinance requires, the suit states,  adding that no evidence of those criteria was presented in the request.

The suit also argues that the approvals were flawed because the County Council’s final votes on the change in the land-use map and the rezoning failed to follow its policies and procedures.

At the next meeting, Newton made motions to reconsider the votes, following a closed-door discussion with the county attorney. The votes were 4-2 with Carolina joining the majority.

The suit claims that the votes were also improper because the issue was not included on the council agenda as required by the state Freedom of Information Act.

As a result, the plaintiff “had no notice or opportunity to be heard about either the procedural improprieties of the Motions to Reconsider or the substantive issues relating to approval of the underlying ordinances,” the suit states.

It adds that the move to reconsider the failed votes “appears to have been orchestrated by some members of council, who were dissatisfied with defeat of the proposed ordinances after the vote at third and final reading, to circumvent government transparency requirements and Constitutional protections in order to create an illegitimate opportunity to approve the ordinances that would not have been permitted by application of proper law and procedure.”

But even if the motions to reconsider had been valid, the suit argues, the council should have taken an actual vote on the ordinances. Without proper notice, that would not have been possible.

The plaintiffs ask the court to declare that the original third reading that failed to pass was valid and that the motions to reconsider were improper. They also seek declarations that the rezoning and change to the land-use map failed to comply with the zoning ordinance and the comprehensive plan. They want a declaration that the rezoning was an improper “spot zoning” because there is no nearby R-10 zoning district, and they want a declaration that the county violated the Freedom of Information Act.