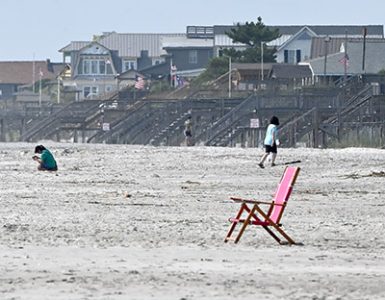 Business owners say the early start will leave them short handed in the peak season.

Some business owners who rely on teachers and students for their workforce during the summer say they are worried about a proposed change to the Georgetown County School District calendar that would start classes earlier next year.

The change would have teachers returning to classrooms in July and students following them in the first week of August.

Tourism is the largest industry in Georgetown County, and a large portion of the property taxes that fund school operations come from the rental properties along the beach, State Rep. Lee Hewitt, owner of Garden City Realty, said. Under state law, owner-occupied homes are not taxed for school operations.

“What can we do about it because we need these folks, come August, for the first two weeks,” Junga said. “Everybody was like, what do we do next year? Do we ramp up? Do we hire extra people and where do we get these people from?”

Chelice Waites, director of human resources for the school district, presented two options for a “modified year-round calendar” for 2023-24 to the school board earlier this month.

One option would have teachers returning to school on July 27, with students following on Aug. 3. Schools would be closed for one week in October, at Thanksgiving, and in December, January, February and April.

The second option would have teachers returning to school on July 31, with students following on Aug. 7. Schools would be closed for one week in October, December, January, February and April.

The last day of school for both options would be May 31.

Even though the rental season is longer, July and August remain the peak. With weekly turnover in rentals, they are also the months where the labor shortage pinches.

Hewitt called Superintendent Keith Price and talked to other business owners about the proposal.

“Teachers are crucial to us,” he said. “I was shorthanded last year.”

David McMillan, a partner in Drunken Jack’s and Inlet Affairs, employed about a dozen high school students this past summer.

“Having them as a supplemental support staff through the summer is really important,” he said.

McMillan has heard from business owners who are worried about losing employees who are teachers.

“A lot of teachers pick up supplemental income in the hospitality industry, whether it’s serving or hostessing,” McMillan said. “There’s a good income opportunity [in] flipping condos for property management.”

During the pandemic, Hewitt was 30 to 40 people short on the weekends, when rental properties turn over.

“They’d be better off going a little farther into May and June,” Hewitt said, but he added that the goal of the school district is to build in more instruction time before students take the standardized tests.

“There could be a more efficient way to run the school calendar year,” Hewitt said. “That would have to come from the state”

Georgetown County is not alone in looking for a way around the state law that prohibits classes from starting before the third Thursday in August.

“Every school district is trying to figure out how to get around the law,” Hewitt said. “It’s hard to change the testing schedule. That’s why they’re pushing for the “modified” year-round classes.

He was pleased that the district sent out a new survey, which ended on Wednesday.

Waites also presented a traditional calendar proposal to the school board, which would have teachers returning to school on Aug. 14, with students following on Aug. 21. Schools would be closed for two weeks in December, and one week at Thanksgiving and in April. The last day of school would be June 7.

The school board is expected to discuss the calendar options when it meets Tuesday.