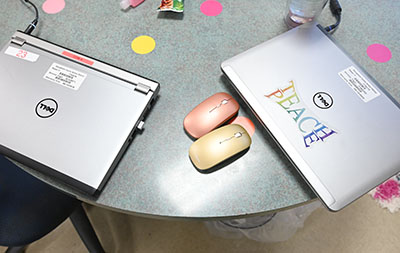 The school district wants to continue the virtual program in the next school year.

As the Georgetown School District is considering only offering a virtual option for its high school student next year, one teacher said the district needs to deal with its internet issues before moving forward.

Madison McCoy of Murrells Inlet, a kindergarten teacher at Waccamaw Elementary School, expressed her frustration to the school board this week. She said she’s been “kicked out” of her classroom twice because she couldn’t connect online with her virtual students.

Other teachers in the district have also said they have been told to work from home because connectivity at some schools is so poor.

“What remediation are you guys going to do to make sure we not having these issues next year?” said McCoy, a Waccamaw High graduate who has taught in the district since 2014. “We want to see our kids, we want to make this successful, but if the technology hasn’t been there over the years, what are we going to do different?”

McCoy said the district canceled a meeting for virtual teachers because of internet issues.

The district started the virtual program in September as an option to parents who did not want to send their children back to in-person classes during the COVID-19 pandemic. Parents only had to sign students up, there was no application process.

For next year, parents have to apply and receive approval from the district for their child to join the virtual program. The district started taking applications March 25.

Applications have been received for about half the district’s high school students, Smith added, which means there will be a virtual program for them.

The district will look at a student’s attendance and academic progress during the current school year when considering an application for next year.

The deadline to apply for the virtual program for the 2021-22 school year is April 29. The application is available on the district website.

Parents will be notified by email by June 30 whether their child has been accepted into the program.

Senior celebrations | Superintendent Keith Price announced Tuesday that there will be a “prom experience” and an outdoor graduation for each of the district’s four high schools.

“Being able to celebrate your life as a student with your classmates are memories that you will hold onto forever,” Price said.

Each school is working on plans for a prom, but they won’t be like a “normal” experience, Price added.

Price expects there will be limitations on the number of tickets available for graduations, just like last year. The district will base availability on the number of graduates and the seating capacity of the school’s football stadium.

“It’s hard when you have to draw a line and you can only [fit] so many,” Price said. “But until we get to a place where local health officials say it’s OK to have large gatherings, we have to keep those things in place.”