Warriors build Hall of Fame on 30 years of success 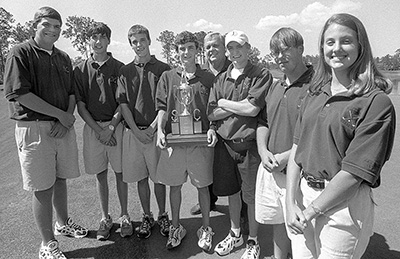 Waccamaw High School is starting an athletic Hall of Fame and the first members will be inducted this fall.

“We’re excited,” principal Adam George said. “I think this is something that’s going to draw some good interest.”

The school opened in August of 1990. The first state titles came in the spring of 1999.

“It’s not necessarily been around for a long, long time, but long enough where we’ve had a lot of athletic success,” George said. “We have 24 state championships in the 30 years, so that’s pretty good success.”

The first class is likely to have between seven and 10 members. The names will be announced sometime this summer.

“You want a good representative of not only your individual sports, but also team sports,” George said. “I think that’s important too.”

Keith Brown came up with the idea when he was Waccamaw’s principal. Brown is a member of the Hall of Fame at his alma mater, Eastside High School in Greenville.

“We have so many great athletes and student-athletes that have come from Waccamaw that we need to do something to start honoring them,” Brown said. “Athletes don’t strive to be a Hall of Fame person when they start playing. They enjoy the sport, they enjoy the camaraderie and all the things that athletics teach them, but as a byproduct of their excellence we just wanted to take another step to honor some of the things they’ve already done.”

The criteria to be considered for induction as a student-athlete includes: being at least 25 years old and a graduate; an alumni who graduated in the top 10 percent of his or her class; a graduate of a two- or four-year college; and district, state, national or international recognition or a unique accomplishment while competing for Waccamaw.

Only men and women who have coached at the school for five years or more will be considered for induction.

The work of deciding on the first class was supposed to begin in the spring of 2020, but the COVID-19 pandemic delayed everything.

“We felt like we had a pretty good mix of the people who have known what’s going on and have been here for awhile,” George said.

Although George is on the committee, he said he will only vote if there is a tie.

The committee started with the list of state champions, but also considered outstanding players, record holders and coaches who never won a state championship.

“It is a pretty cohesive group of folks,” Brown said.

George plans to host an induction ceremony/dinner before a football game, and then honor the inductees at halftime of the game.

Brown said there will be a Hall of Fame display inside the school, possibly near the auditorium so members of the public attending non-school events can see it. A plaque will also honor the members of the inaugural selection committee.

Going forward the school will seek nominations from the public which will then be voted on by the committee. Future induction classes will likely be capped at five people.

Plans are also in the works for an academic Hall of Fame. George said the first class could be announced during the 2022-23 school year.