Water supply protected from too much water – Coastal Observer

Water supply protected from too much water 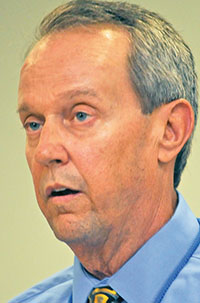 A 4-foot berm went up this week around the pump station for the plant that supplies drinking water to Waccamaw Neck residents. Flooding in the Waccamaw River poses the dilemma of having too much water and yet not enough.

Georgetown County Water and Sewer District’s main source of water comes from the Waccamaw River. It is treated at a plant off Sandy Island Road adjacent to Willbrook Plantation. The plant is designed to serve the peak summer demand so it is running at less than half of that now, about 3.5 million gallons a day, said Ray Gagnon, the utility’s chief executive officer.

The berm is expected to protect the pump station and its electrical panels, based on current estimates of the flood. But there is another threat to the water supply from fly ash ponds at the Santee Cooper power plant in Conway. One pond had already flooded, but the state-owned electric utility said most of the fly ash had been removed. The material, the residue produced by burning coal, contains toxic metals.

A second pond was expected to flood Tuesday.

If it washes into the river, Gagnon said, “it would be extremely diluted” by the time it reached the water intake, “You’re talking about billions of gallons of water,” he added. But the district would close the intake.

Even though the district has the ability to treat the raw water to remove the contaminants, “we want customers to be confident in water quality,” Gagnon said.

If the water district has to shut down the treatment plant, either for flooding or contaminants, it will draw on water stored in the aquifer, wells and water provided by the Grand Strand Water and Sewer Authority in Horry County. At current demand, those will be able to maintain the water supply.

Last week, the district asked customers to cut back on water use by 50 percent.

Unlike the first phase of Hurricane Florence, which threatened the beachfront with a storm surge, the flooding shouldn’t require the utility to cut off water. That was done along the beaches due to the threat of damage to the water mains. “If those broke, the water would pour out of the system,” Gagnon said.

Where the district will cut off water is in locations where sewer pump stations are flooded and lose power.

“If lift station pumps go underwater, the best thing to do is cut them off,” Gagnon said. “We hate to turn off people’s water.”