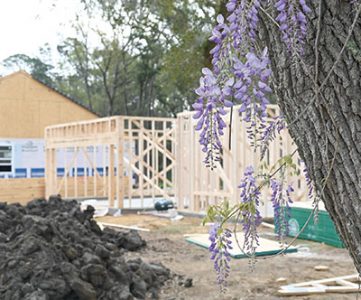 The study says the county should focus on housing for seniors and the workforce.

A study that shows a need for more than 2,800 housing units in Georgetown County over the next five years will be used by local officials to shift growth from the Waccamaw Neck to the western part of the county. The demand is greatest for houses and rental units that are well below the average prices and rents east of the Waccamaw River, the study found.

“Builders are looking at population growth. We don’t have any population growth right now,” said Brian Tucker, the county’s Economic Development director. “That’s why we undertook the study.”

While the study by Bowen National Research reported an increase of nearly 12 percent in the number of households in the county over the last decade, it noted that this was driven by in-migration rather than “natural growth trends.” And the growth has been in older age groups.

Those coming into the county from out of state are also likely to be more affluent and more likely to rent, according to the study.

Although Georgetown County lags Horry, Charleston and Berkeley counties in population growth, the Bowen study says there is a “notable base of potential support for residential development.” That already exists in the form of over 12,000 people who commute to the county for work.

They are a market for housing types “primarily serving singles, young couples and families,” the study states.

County Administrator Angela Christian asked Tucker last year to start work on strategies to recruit commercial and residential development to areas outside the Waccamaw Neck. It’s a natural fit with his traditional role of industrial development, he said.

With the housing study showing a demand that wouldn’t be evident to someone only looking at census data, Tucker hopes to be able to convince national or regional residential firms to look at the western part of the county.

“We have to convince them that they’re going to get more of a return if they do it here” rather than in a neighboring county, Tucker said. “That is the same argument we are making on the industrial side.”

Along with working on the residential and commercial projects, Tucker spent the pandemic year focusing on industrial firms that were looking anew at their supply chains and preparing for a reboot in economic activity.

Last week, he met with CEOs of two firms looking at sites in the county. “There are a lot of reasons they want to be here,” Tucker said.

With only two staff in the Economic Development office, the county is looking at outside firms that can help with recruitment of residential and commercial developers.

Tucker has already talked with property owners along the major highways “who are willing to let us bring them opportunities,” he said. “We’re starting to get some traction.”

County Council Member Bob Anderson, whose District 2 includes areas on the Waccamaw Neck and around Georgetown, said the housing study is an important step in shifting growth westward.

“We can put things in place that make it an opportunity for developers to go over there and do something,” he said. “There’s a lot of great data in there.”

Those gaps won’t be filled on Waccamaw Neck, where rent and home prices are at a premium, the study notes. It points to areas on Highways 17 south, 17-A and 701 as “good development potential.”