Sun sets on the class that weathered the pandemic – Coastal Observer

Sun sets on the class that weathered the pandemic 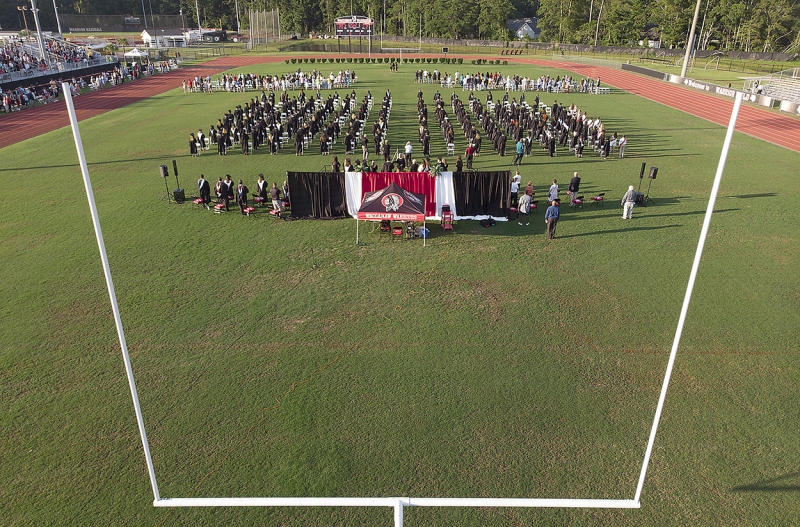 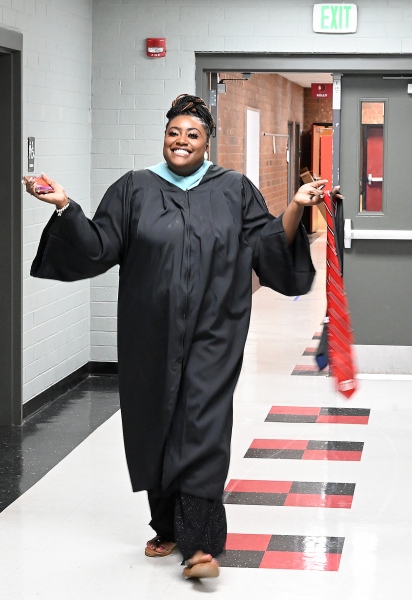 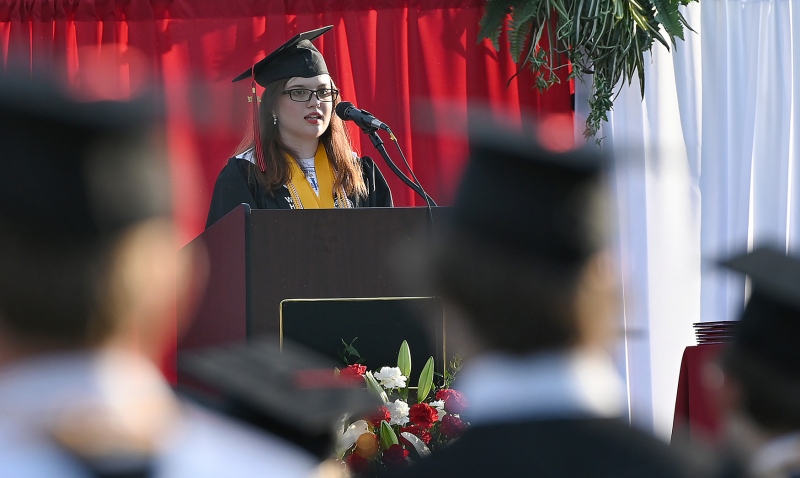 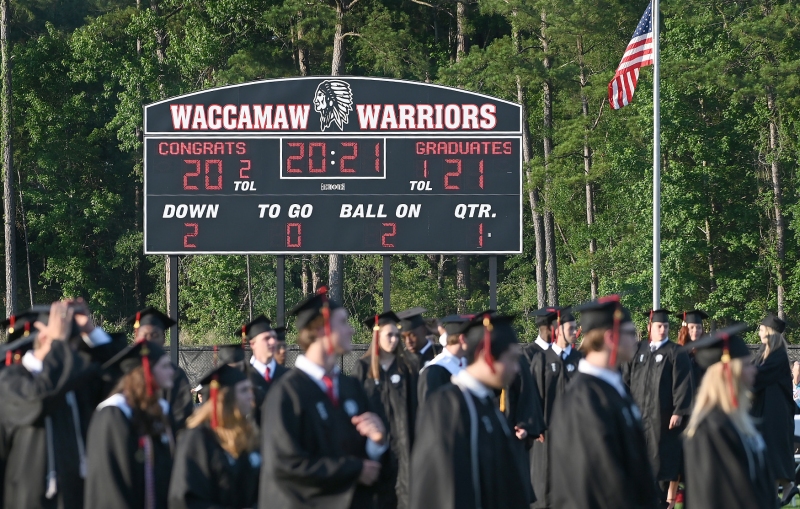 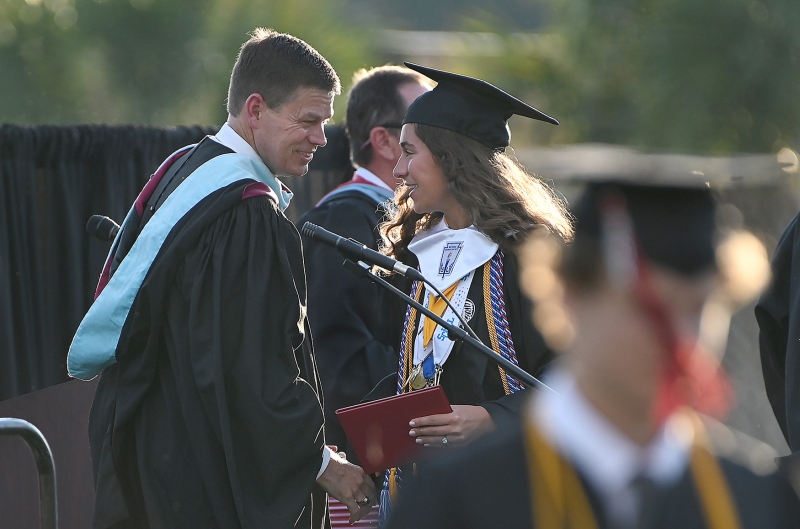 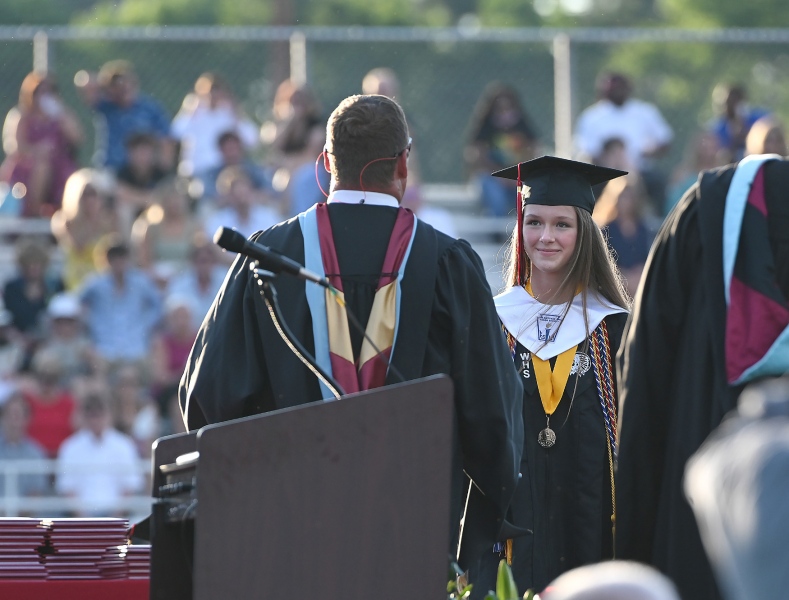 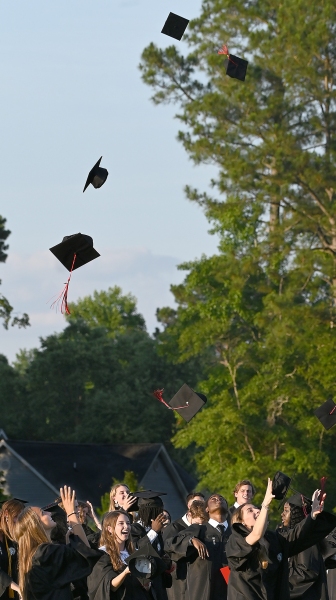 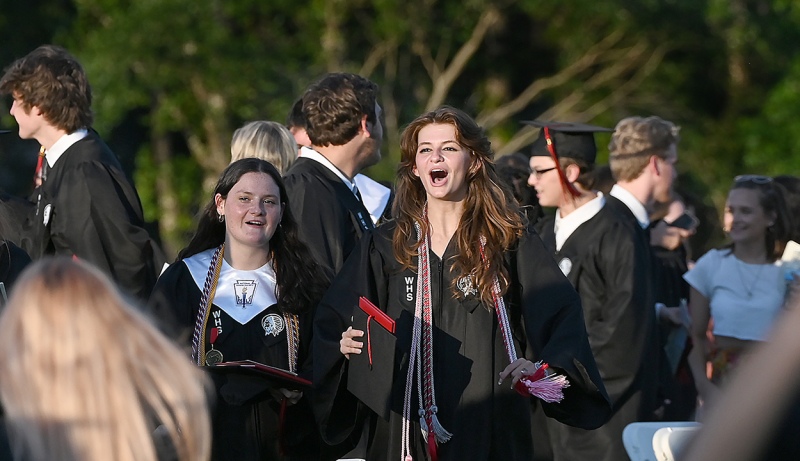 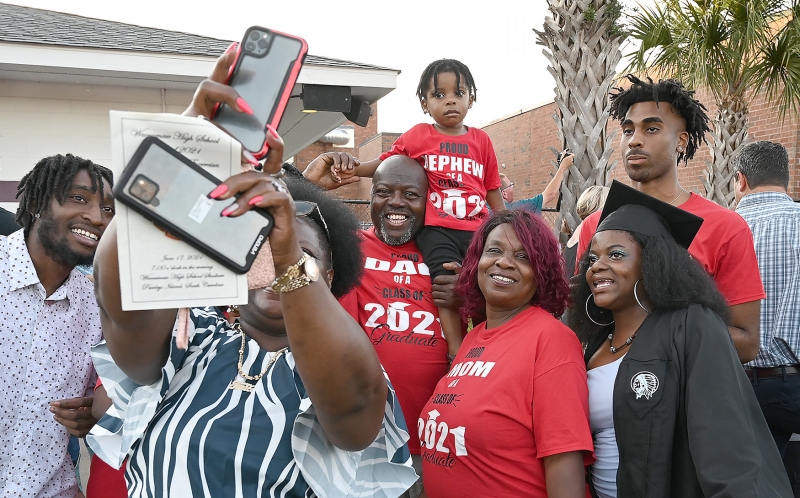 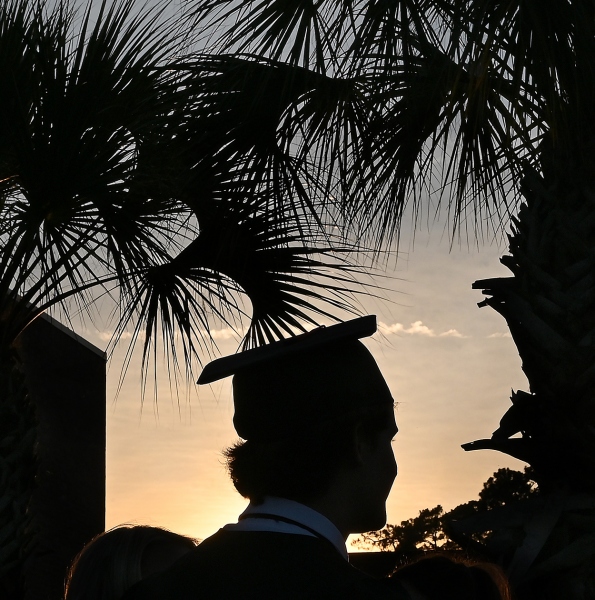 [Show thumbnails]
As the sun set behind the football stadium, members of the Class of 2021 said farewell to Waccamaw High School.

Principal Adam George and superintendent Keith Price were pleased with how everything went at last week’s ceremony.

“It was a beautiful night,” George said. “A lot of planning and preparation went into it but I thought the ceremony, I really didn’t think it could have gone any better.”

“The teachers and administrators, as well as district support staff, worked really hard to put together quality ceremonies that were also safe for all involved,” Price said. “This GCSD senior class has persevered through so much over the past year-and-a-half and it was so nice to see them recognized for their hard work.”

Valedictorian Britana Myers spoke about the lessons she learned during the the last year of the COVID-19 pandemic.

“If 2020 has taught us anything, it’s just how much of an impact our actions make on the world around us,” Myers said. “We have

the chance to decide what’s important to us, what we’re willing to fight for, be it equality, taking care of the environment, or something as simple as showing kindness wherever we can.”

Salutatorian Meghan Lord talked about taking a moment during her daily yoga routine to be thankful.

She then quoted her favorite author, Kurt Vonnegut: “When things are going sweetly and peacefully, please pause a moment, and then say out loud, ‘If this isn’t nice, what is?’”

Kennedy Janco is headed to Charleston Southern University to study nursing. She was inspired to become a pediatric nurse by the people who took care of her when she had to have part of her right leg amputated in seventh grade.

“I saw the big impact my nurses had on me in the hospital and I want to do that for somebody else,” Janco said.

A handful of Waccamaw seniors chose to join the military.

Tyler Fico will be attending the U.S. Military Academy at West Point.

Fico expects to be challenged academically and athletically.

Jack Kibler and Matt Caines are heading off for eight weeks of Coast Guard basic training.

“I wanted to see what else there was in the world beside education,” Kibler said. “I’ve always liked being outside, being on the water, being on a boat.”

“It’s going to pay for my college and I get paid to go to college so I think it might be a good decision,” Caines said. “They’ll make it so I can go to any college I want to.”

Caines is hoping to serve aboard a cutter and travel a lot.

Kibler is not sure what he wants to do.

“It all looks fun,” Kibler said. “That’s one of the great things about the Coast Guard. You don’t have to know what you want to do when you’re going in. You can go out and actually see what happens and pick from there.”

Victor Otubu joined the National Guard while still a Waccamaw student and may join the ROTC after he enrolls at South Carolina State University.

George was especially pleased with the “victory lap” the seniors took, walking past the bleachers and across the football field before taking their seats.

“Handing out the diplomas to the kids is the ultimate purpose of graduation, but I thought the processional was really the thing that made it look so nice,” George said. “It was really special.”

The district has been holding its four graduation ceremonies indoors, and on only two days, for decades. The ceremonies were moved outside and split into four days last year to allow for social distancing.

George expects the district to continue to hold the ceremonies outdoors going forward.

“I think the outdoors is really nice. The setup was really good. I enjoyed being outside,” George said. “It was a little warm, but hopefully outdoor graduations for the foreseeable future are here to stay.”

“No decisions have been made yet about the graduation ceremonies for next year but, as we begin our planning efforts, I see no reason why we can’t consider both options at this time,” Price said.